On February 21st, This is Worldtown held its first live event at DAIS Gallery part of our series: Women of Colour Speaking Truths in the Media. In our launch, Amel Monsur, Executive Creative Director of VICE, Ginella Massa, Reporter for CityTV News, and Eman Idil Bare of CBC, Teen Vogue and Muslim Girl took to the stage and shared their personal experiences as female Muslim media-makers in conversation with Sana Malik, This is Worldtown’s Founder and Creative Director. Their professional backgrounds are varied and range from working as Creative Director to Prince (the artist), to presenting as Canada’s first hijabi news anchor, to reporting in isolated Canadian communities. Each one of them provides a unique perspectives as they shape new narratives and tell stories differently. Below, you can read select excerpts from this conversation, where, in their own words, these women provide powerful counter-examples to one-dimensional portraits as they disrupt the media. 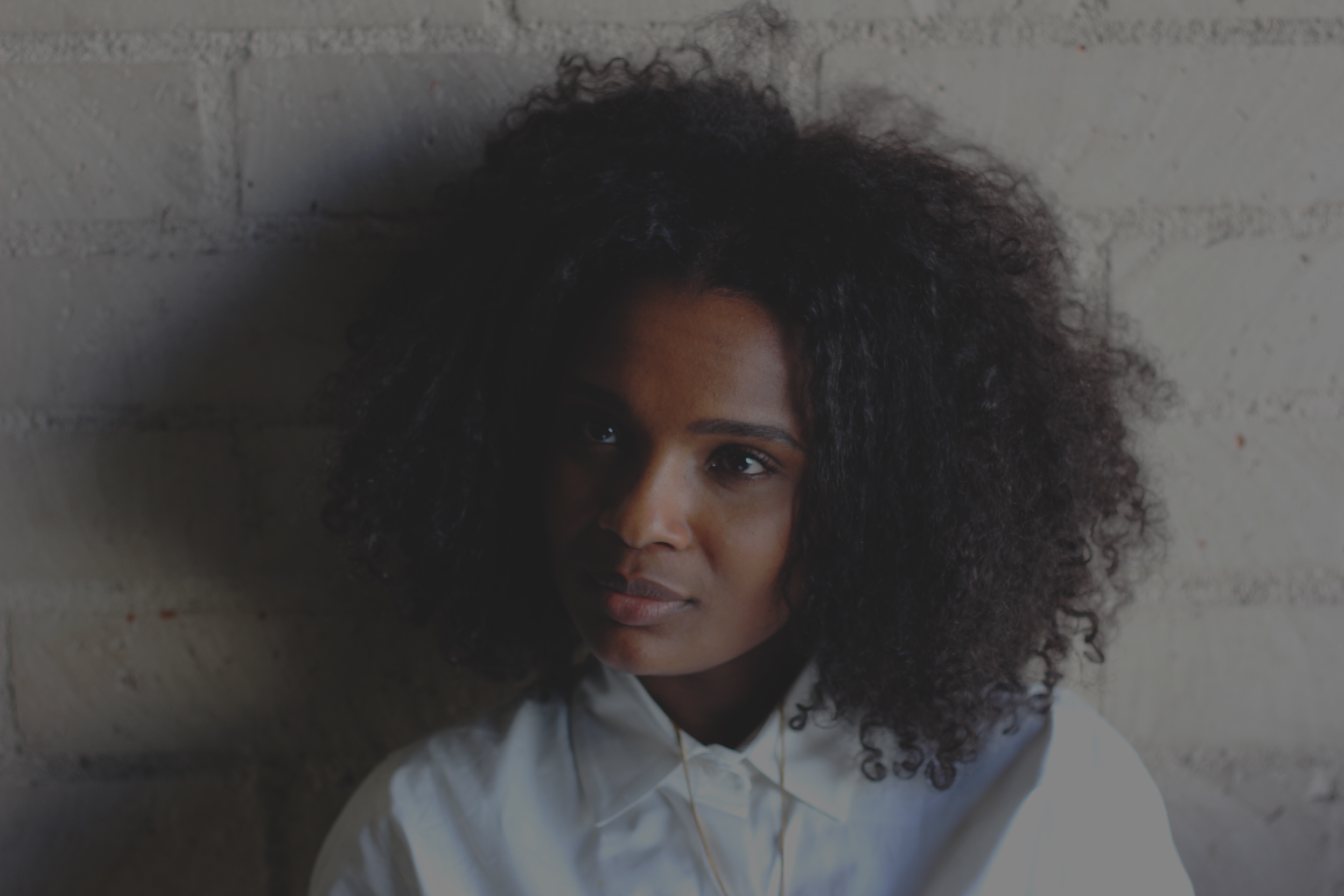 Amel Monsur (AM): For me, I realized I would never be able to extinguish. It’s a virus. Anti anything flourished in a way, and it doesn’t really need things to inflame or sustain it. There’s this game, we would play, when I was younger where there were these hippos that would pop out of little spaces and you would just pound them down. The only way I could find myself finishing the game was I laid my whole body across the top of the game and just was like okay, I’ll take these punches, but I could never get it, with just the tools I was given and that’s what I think happens when we try to have a response back to things that are popping up and that’s generally my sentiment when it comes to trolls, when it comes to hate speech. You have your space, but our space is bigger.

My choice has been, while the warriors of hard news journalism have a task, through cultural content to provide all of the different composites and profiles that make up this really scary group that everyone seems to be very frightened of. And you realize, it doesn’t need to be, this “hi, I’m a brown girl and I like pizza too.” I don’t have to “me too”. I don’t think that’s necessarily where we are in our phases — this lifecycle now. Very much it’s a deliberate presentation of really engaging cultural content of people that happen to fill a specific profile. And the rest of it: it’s the other side that needs to normalize.

Ginella Massa (GM): As a visible muslim, on television, it’s in your face: I am a Muslim woman. I can’t hide it, I can’t tuck it away, it’s there. I’m not somebody who typically talks a lot about religion or about my faith. I let this do the talking, and I try to focus my attention as much as I can on being a good journalist. Because that’s the measuring stick that I hope that people will use when they watch me. That’s the ways I have been trying to deal with the ignorance and Islamophobia that comes my way — especially in the last months when I did get a lot of attention from anchoring when my name was everywhere and in all these news articles internationally, and I would get all these people saying and tweeting all these horrible things, and I would just come back and say: look, these folks are saying these really horrible things, not because they’ve read my work, or watched anything I’ve done, they just saw a headline and they saw my picture and they had a problem with it. If they have criticisms about my work, about the questions that I’m asking about the way that I’m covering an issue, I’ll gladly entertain that. But if it’s just about who I am or who I am presenting to the world, that’s not my problem. I’m here to be a journalist.

On finding your voice

Eman Idil Bare (EB):  Growing up in Saskatchewan really played a big role in wanting to be a reporter, and how I wanted to present myself, mostly because I didn’t have a safe space. The mosque wasn’t a safe space. There was a lot of anti-Blackness. It made me realize how important it is for me to be comfortable with who I am as a person.

I always say, I write for my 12 year old self. I write for little Black girls. Because I want them to be able to say, “you get it, you get me. There’s somebody who looks like me, who’s talking about issues that a lot of people think don’t exist.” Like in the Muslim community, we never talk about anti-Blackness, and if you do try to talk about it, people either try to gaslight you or tell you there’s bigger issues that you have to talk about.

AM: The twelve-year old me, at the time, was experiencing erasure in a way I was not prepared for, and I internalized it. What I would tell that 12 year old is, erase, bloom, erase, bloom, erase, bloom. You cannot be erased. And I would say that to all of the young girls that see you on TV, that read your byline, that wear your clothes. You don’t have to be excellent to be important. You have to be.

On creating a new normal:

EB: I want girls who have experiences like this regularly to know that they are more powerful than this. So I wrote an article about it. And there was one paragraph (that said) I don’t ever write for anyone other than young Black girls, and the reason I write is because I want young Black girls to know what power they have.

GM: Just existing in the space makes a big statement, so I try to let the work speak for itself. It was really exciting, but also really sad that it took so long, especially in this country where we talk about being multicultural and diverse and where everyone gets a chance and so on. But growing up, I never saw anyone who looked like me on TV, and that can be really damaging in terms of telling you what you can and cannot do, what spaces you do and don’t belong in. People asked me all the time, did I experience racism? Or discrimination trying to get in this industry? It’s hard. I often have to say no, because it’s not blatant, it’s not in your face, because frankly no one can tell me we won’t hire you because of your hijab because that would be against the law. But that doesn’t mean those ideas don’t exist, and it’s certainly something that has stopped me for pursuing it seriously for a very long time bc you have those voices in the back of your head saying no one’s gonna hire you, no one’s gonna give you a chance, this is too big of a risk, don’t bother. So it took me a really long time to silence those voices and to say, no I can do this. I do belong here. But I often felt like I had to walk twice as hard to get half the recognition. It was really exciting for me to achieve that milestone.

AM: I was obsessed with finding out what was the most subtle way we were being influenced, and I realized it was the media and to be like, oh this person’s okay, she’s wearing a hijab and she’s on camera and this woman’s got a byline in Teen Vogue. And to end up infiltrating into people’s life, and you look around and you’re surrounded. And this is your community. And that’s what keeps me motivated, is to see the little things that are being planted.

On the burden of representing various identities:

EB: I developed this growing up in Saskatchewan. (I told myself) I am the norm. I don’t care how other people see me, being a Black Muslim girl is the most normal thing in the world. So if my best friend is Russian-Ukrainian and isn’t asked to represent all people who are Russian-Ukrainian, then I’m not going to represent all people who are Ethiopian-Somali.

GM: I was feeling this burden that I had to give the right voice. I’m giving an opinion, but I can’t speak for all Muslims. At some point, I had to come to a place and say it’s okay, I can come to a place that speaks to only my experience (…) because if I didn’t speak up about these things, no one else would. There would be no one else to do it.

You do feel a responsibility to take those moments and spaces, and the little moments that you have. It’s a challenge, but you just have to remind yourself that I can only speak for myself and my experience. I don’t have to carry the Islamic faith on my shoulders, or all Black people my shoulders, not all People of colour on my shoulders. I can speak to what my experience is and hopefully that will resonate with some people.

AM: “I’m always tired.” You can’t say that, I’m so tired. I’m tired from questions, from micro aggressions. But then you get to a space, and you think: should this be a cathartic space? We know now that we’re not isolated, that we have each other and that there’s an entire ethos out there that represents and feels like us too.

I had been through all of that where I was identified as the only and was asked to represent everyone, and I had so many different sectors and profiles of people I had to represent and there was this self-imposed perfectionism that came with it and I thought I have to be double, quadruple, triple and I ended up paralyzing myself and I thought, I can’t be. And I don’t get to f*ck up.

A lot of times I would  go home and I would say, forget this, I’m not going back. No one gets this. You cannot change history and centuries of systemic Orientalism and exploitation. But you can. You can. Because everyone is seated in different pockets and together we’re this chain. And so I started being okay with the person who represented different things because then I get asked about female stories that go out, or I just offer my opinion. I’m fine with it now. I’m actually okay with it. I have given myself the latitude to make mistakes but I have people that I go to and I say: can you help me frame this in a way that it gets pushed through the system, because what are we here to do. To disrupt the system and create a new one.

Here’s are some highlights in a video of the event: