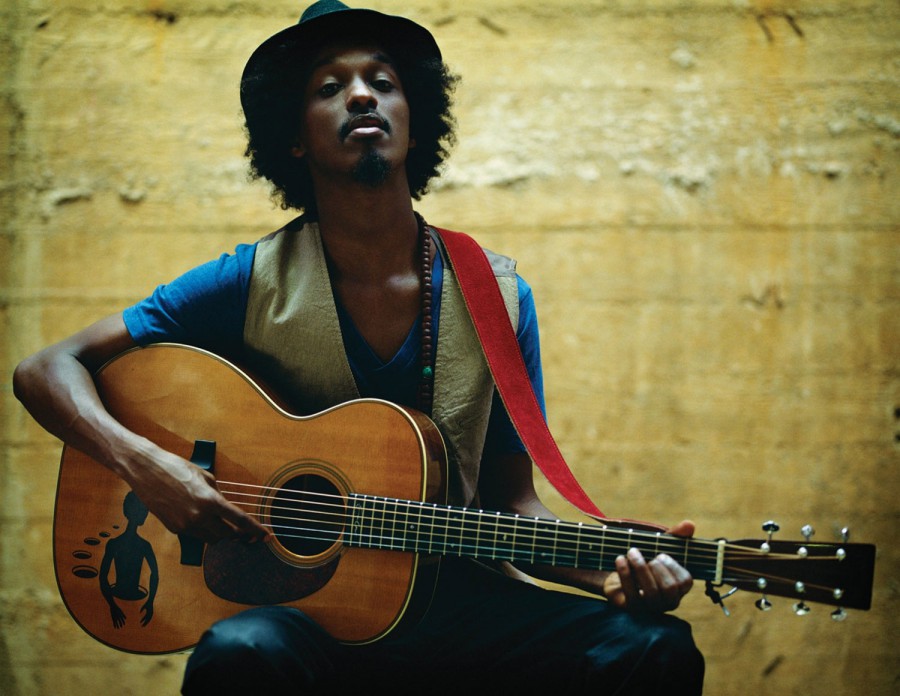 We know this brother has so much hype right now, but we’re giving a shout out to K’Naan, fellow Toronto-based via Somalia rapper because he’s just so darn lovable.  MTV’s taken note, and so has the NFL apparently.  His song, “Dreamer” provided background for the NFL’s Draft commercial.  This seems like an interesting collaboration for a dude who’s vocal about misrepresentation, yet seductively sweet in his soulful, soft rapping style.  I call it soft because his octave level is soothing and he’s unconventionally soft-spoken without compromising the sharpness of his words.  He’s adopted a psychedelic montage with bold African-inspired graphics (being compared, predictably, to M.I.A.) in his latest video, This is Africa, or T.I.A.  And it’s directed by the same dude, Nabil Elderkin, who did the latest video for eternally tormented Kanye. Check out K’Naan in our video pick for May