The Gaze is back for a third season! This season hosts Aisha and Maya wants to turn the boat around. They are focusing on solutions to the glaring gender and race parity issues in Canadian film and TV.  They’re asking how can we address some of these serious representation problems in Canadian media? Who’s working to introduce proactive initiatives? What are some of the success stories so far?

In the first episode of this season, Aisha and Maya speak to three Canadians tackling the issue of gender and race parity in their own distinct ways. The conversation begins with Cameron Bailey (TIFF’s Artistic Director) and his view on what kinds of Canadian films could help shift the fiction film landscape. Rina Fraticelli (Executive Director of Women in View) talks about the launch of her organization’s new diversity toolkit called “Media Plus” and Rad Simonpillai (Film Critic for Now Magazine) speaks candidly about being a writer and ally with an ongoing interest in gender parity.

About the Gaze: The show is now a monthly podcast available for download on iTunes, Soundcloud andGoogle Play. Check out This is Worldtown’s interview with hosts Aisha and Maya and stay tuned for future episodes.

View the MediaPLUS+ Trailer below 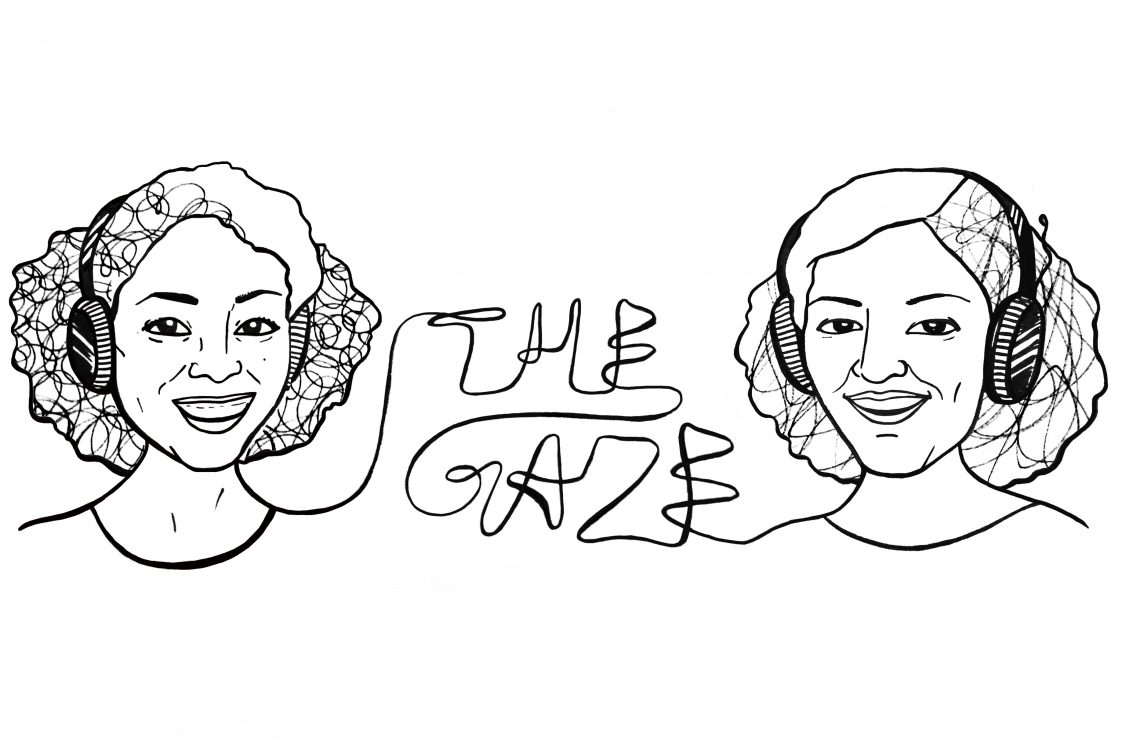 The Gaze, our favourite podcast on race and gender representation in cinema, is back with season two. We speak to Maya Annik Bedward and Aisha Jamal, Toronto-based filmmakers and hosts of The Gaze, about what to expect in upcoming episodes. This is Worldtown will be featuring the episodes as they’re released and you can listen to Episode One below. You can subscribe to the Podcast via itunes.

Maya and Aisha focus on Indigenous female filmmakers in season two and “discuss the creative, commercial and emotional labour of making film in Canada”. The first of their three episodes features Alethea Arnaquq-Baril, director of the critically acclaimed doc ANGRY INUK! It’s recommended listening for new and emerging filmmakers, and for anyone interested in representation in film. You can listen now.

We speak to Maya and Aisha about the podcast, being under the Gaze, and what to expect in this upcoming season.

This is Worldtown (TIWT): How did you decide on doing this podcast?

Aisha Jamal (AJ): Maya and I would often find ourselves in social situations talking about race in film and I think we both used to get worked up over misrepresentation and all kinds of other related issues. Eventually, we joked that we should do a radio show. The joke turned into reality.

Maya Annik (MB): Aisha called me up one day and told me that we were making a radio show. I said, OK!

TIWT: Can you explain where the name came from — why The Gaze?

AJ: It’s related to the idea of the ‘female gaze’ or the ‘racialized gaze’ and the suggestion that the idea of who is looking is as important as who is being looked at. Of course it’s also a reference to Laura Mulvey’s concept of the male gaze and the idea that film (among other visual arts) primarily depicts the world and women from the male perspective. So it’s about all these references on top of the idea of fixating something with your gaze (looking at it with fixed attention). We wanna give ours to topics that we find need more attention: the experience, stories and depictions of gender and race in cinema.

MB: It’s short and to the point. I knew cinephiles would understand the reference to Mulvey’s male gaze right away, and I thought for those who were less familiar with the concept, the title would prompt them to ask the question “whose gaze?” I think it invites people to think critically of the way we look at images, culture, media and the world at large.

TIWT: As women of colour who both work in film, you’re attuned to the most cringeworthy attitudes in the industry. Do you have an example of having to call out this bias in your work life?

AJ: I think it must be having to repeatedly answer the question: “Why would the average, middle class Canadian housewife be interested in this story?” There are so many layers of weirdness in this question when you are pitching a story about refugees or immigrants. My answer is “Why wouldn’t they be?” I guess I go meta and think about our shared humanity but [to me] what the question is actually saying is “why would a white woman with a ‘normal’ life care about your story?” URGH.

TIWT: What are some of the best lessons from Season 2 of The Gaze?

AJ: I have to say personally speaking it was good to hear the struggles that these accomplished filmmakers had to endure. You can’t help but be impressed by these women, their work and their conviction. But to hear what it has taken to get to the finished product convinces you that this is a craft and you have to work at it. Your success relies a lot on tenacity when you make films about difficult subjects.

MB: Filmmaking is not easy – on any front. It will put your personal life on hold. It will make you question your ideas, your craft, and your self-worth. Many doors will close on you before one opens. Sometimes the door that closes will be one that eventually opens. It’s important to remember that no matter what, you are not alone! Filmmakers at any point in their career are dealing with these same struggles, and they persevere and make beautiful work! Season 2 left me very inspired!

TIWT: What are the podcasts and/or media heroes/sheroes that inspire you right now?

AJ: Someone recently sent me a list of podcast she thought I should listen to so I started going down the list and I got hung up on “Sooo many white guys,”  hosted by the comedian Phoebe Robinson. She interviews musicians, artists, authors and none of them are white guys! Well, that’s what she intends but then there’s Tom Hanks in the recent episode…. Regardless, hers is a fun podcast and she can be insightful so check her show out.

MB: A podcast that brought me great comfort was The Anti-casserole by local Toronto heroes Kate Fraser and Loveleen Kaur! They only had one season, but it was great.

TIWT: What else can we expect from The Gaze?

AJ: This season features three female filmmakers, all indigenous, all working in documentary.  We’re interested in the creative and emotional work it’s taken to get to where they are. Maya and I have not decided on future seasons yet but we’re talking about it. I would love to do a season on Afghans in Canadian cinema (yes, very specific but yet lots to talk about) and Maya had suggested looking at genre cinema. So we’ll see…

MB: Let’s just say, I’m all about Get Out right now. But yes, there are so many interesting topics to cover and so many great filmmakers to interview! We’ll see where our hearts and minds take us!