This is Worldtown sat down with Aden Abebe, creator of virgins! a new comedy web series about four 20-something year-old women stumbling through adulthood as millennials and love as virgins. 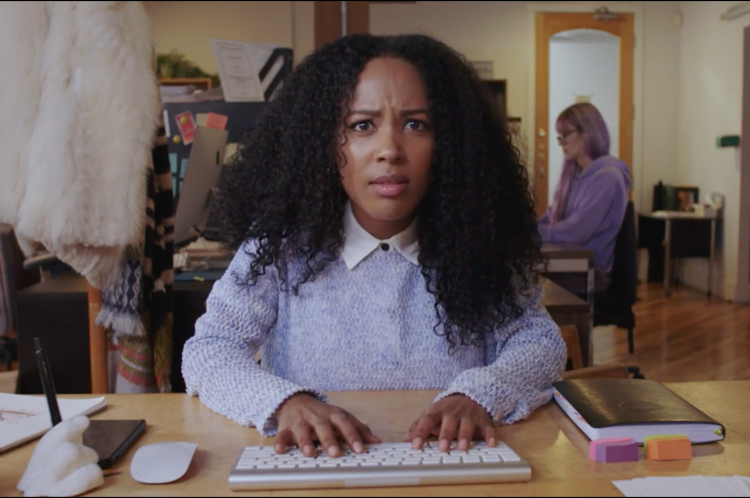 Can you talk about how you came up with the idea to write a series about four virgins, all from East African backgrounds living in Toronto?

I have chosen to write this story because it is a story I know very well. Set in Toronto, these women are of varying East African descents: Somali, Ethiopian, Eritrean and Sudanese. Inspired by my own experiences, those of my friends and anecdotes from our communities, our stories are unimaginably layered, uncomfortably awkward and so very funny.

More specifically, the subject of virginity was chosen because it’s a perfect example of something that has two different meanings based on the community you’re speaking to. In Toronto, and the Western world at large, when you come out (as a virgin) to folks who are not of your community, they try to put you in a box of what it means to be a virgin. They assume you must be  “really religious,” or, that it comes from some issue, be-it trust or intimacy issues. That’s really annoying and I think that’s a reason why a lot of virgins stay quiet about it. At least from what I understand, growing up in the Ethiopian community with my peers, from neighbouring communities; Somalis, Sudanese and Eritrean; virginity is not something that’s shameful or embarrassing, it just is. It’s only embarrassing in the context of the broader North America and European life.

The show is called virgins! with an exclamation point so that people really have to say the name all the time and it’s not weird anymore.

Why did you choose film as a medium to tell this story?

I’ve always been a visual person which is why I was drawn to photography. First, I thought of creating it as a photo series but I knew that it wouldn’t work. The medium just didn’t offer enough for the full story to be told. In my mind, I saw it as pictures in motion and characters speaking. 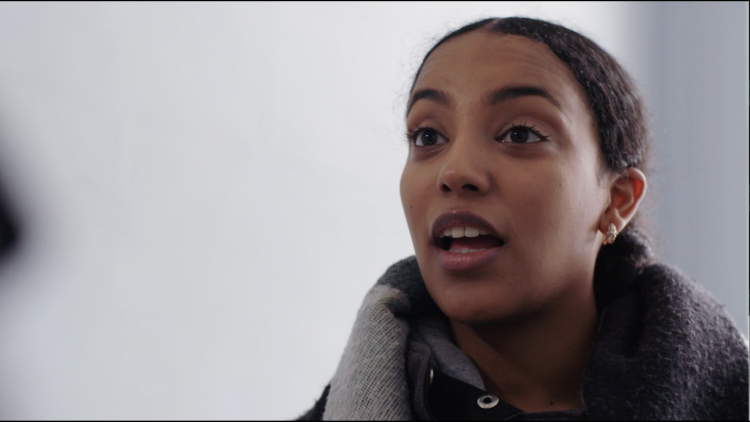 Since you have a grounding in TV and media as well as enjoy consuming visual arts in the ways that you do, what were your main inspirations for creating the series?

Definitely, the biggest inspiration was The Misadventures of Awkward Black Girl. That was the first web series I ever watched religiously. It was just such a special experience to see a regular looking black woman who wasn’t trying to look like a Hollywood starlet, just living life and talking about the micro-moments that caused anxiety.

The first episode I saw was the one where she was walking down the hallway, and there’s someone else at the other end of the very long hallway. What do you do when you see someone that you know in a hallway? When do you make eye contact? When do you let go of eye contact? When do you say hello? Do you say, “Hey, how’s it going”? If you say, “How is it going?” that’s an open-ended question and they pass you how are they going to answer? *laughs* It was such a perfect depiction of real-life experiences.

She’s a black woman who just felt relatable to me. She wore glasses, she wasn’t glamorous, she was talking about being awkward and I just felt like that was me on-screen, like I’m that awkward black girl too. That was the first web series I ever really watched and it definitely inspired me the most, just to see someone make a story and post it like, “Why not”?! 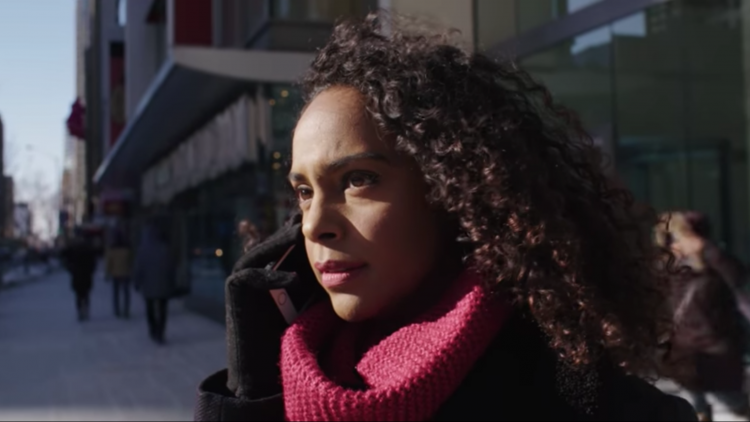 Each of the characters in the show represents a different aspect of womanhood and sexuality. What went into thinking about each character? What does each character signify?

To me, it was really important to showcase the diversity in thought and decision-making when it comes to why these women are virgins. There are obvious tropes that have been overplayed and lack nuance – I’m not here for it. These women are dynamic and outgoing, fun and sexy, without the sex, and I’m proud of that.

I wanted to create images of different characters which were more realistic to what I knew and what I’ve seen. It was also important to me that they themselves were not virgins for the same reasons, but that they were all empowered in their decisions. That was what was most important to me.

We have four virgins.

Sara, she is Sudanese. She is our Family-Honour Virgin, which means her decision is based more in culture and in keeping honor in her family.

We have Delina, who is Eritrean. She is the Bride-of-Christ Virgin. She doesn’t know anybody but Jesus. That’s the only man in her life. She always runs after His face. Every other man is her brother. She’s so blinded by this brotherhood-sisterhood relationship. She doesn’t know when someone’s hitting on her.

The third is Amina. She’s Somali. She is the Apprehensive-Queer Virgin. Apprehensive, meaning it’s a part of her identity that she hasn’t yet fully actualized. It’s like a lingering question in her life.

Lastly, we have Aby, the name is short for Abyssinia. She is Ethiopian. She is the Analytical-Intellectual Virgin. She’s someone who just overthinks things so much. She also has a very high self-worth. She sees herself as a queen. She just is not impressed by these regular dudes and is waiting for her Idris to enter her life.

Do you have a character that speaks to your personality the most?

Not at all. They all are reflections of me, I would say if I was being honest. They’re also based on people that I know. I think naturally, in our relationships with our closest friends, we’re connected to them because of the areas that we have in common. The Bride-of-Christ Virgin is based on one of my closest friends. The thing that we have in common is that we are both Christian. I do relate to her extreme love of Christ.

Aby is a queen. I am quite known for calling myself a queen as well. There are lots of commonalities with many of the characters. 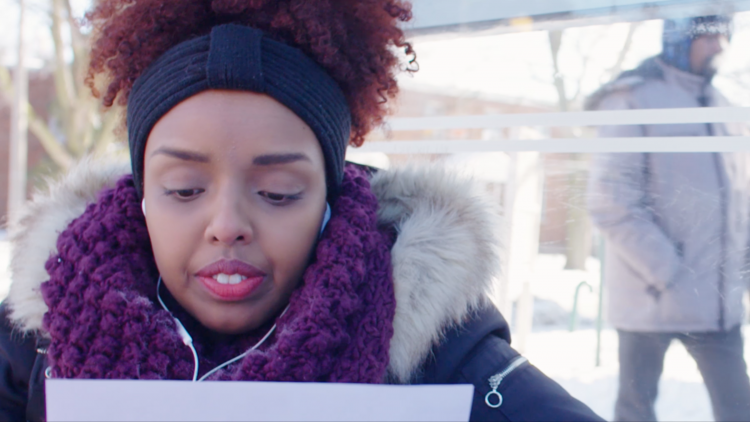 The show really tries to complicate ideas about virginity in East African women in particular, which is relatable to so many women across the board. What do you think is the biggest misconception about sexuality in the community?

The biggest misconception in the community about sexuality, is that queer people of East African descent do not exist. That’s a big one.

I think a lot of the older generation believes that queerness is a Western ideology that young people have adopted. That they are lost because they come from kings and queens that never knew this way of living before. It’s not right. That is why it was so important to have a queer character.

Outside of that, with the history of hypersexualization of black female bodies in the media and beyond, I am proud to that our show tells the story of four funny sexless Black women navigating the struggles of millennial adulthood whilst searching for love.

Do you think there’s a broader movement of folks reclaiming virginity in a more positive way than it’s being framed?

Most definitely. A 2017 study from the Journal Archives of Sexual Behavior found that millennials are the most sexless generation in 60 years and are more than twice as likely to be sexually inactive in their early 20s as previous generations (Bahrampour, The Washington Post).

Women I meet now, when I tell them about the show, just want to tell me, “I’m a virgin, too, and I’m this age or that age.” I find that women are less insecure about it than I was when I was their age growing up. They’re just proud of their life decisions and they’re just like, “No, why would I [have sex]? I’m not interested. I have this going on and that going on and whenever it happens, it happens. I’m in no rush.”

That makes me really happy, to know that women are feeling empowered in their decisions in owning their sexuality.

What’s next for virgins!? What are the goals for the future?

We’re working on producing more content, producing more episodes, but also getting a wider audience to watch us and partnering with existing organizations to expand our reach to a global scale. This is a show that prioritizes the stories of young East African women, but its specific story is more than relatable to women navigating life and sex in go-go-go cities across the world. We’re excited to build communities both online and offline around the topics and themes we share in virgins! So keep an eye out for our summer launch, which will give the people an opportunity to get to know the team and creative process behind virgins!