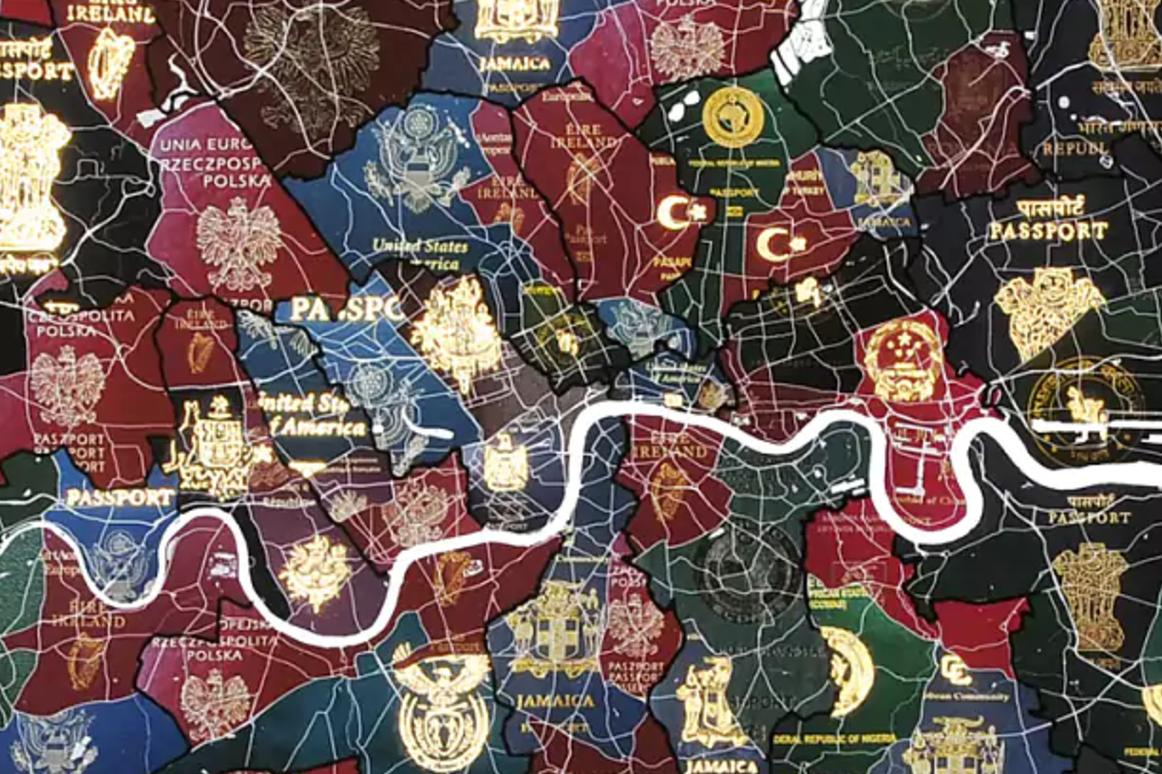 It’s been eleven months since the referendum for Britain to leave the EU took place. The one which left me waking morning after morning for weeks, numbed by shock, stomach knotted, wondering what on earth my country had done. We are never as explicitly aware of so-called ‘national’ identity than at voting time. But a nation is made whole only by its constituent parts — voting is merely individual people deciding in synchronicity. National decisions reflect our localised struggles, those of our cities, communities, families, and finally, ourselves. It’s in examining the micro, personal struggle we find the macro, national struggle. We recognize in both the destructive consequences of stubbornness, pride, blind spots, the pain wrought of turning away from ugly truths, and lack of willingness to embrace change. And like any personal narrative built on unstable foundations, the false narrative of ‘Great’ Britain is threatening to come undone.

As time has passed I’ve wondered, now more than ever, not of Britain’s uncertain future – bleak as it looks – but its past. The way we tell stories matters, and dictates our response. We see the heightened, panic-inducing coverage of London’s brutal attacks just this weekend, the ‘us vs them’ rhetoric, a PM declaring Muslim communities ‘too tolerant’ of extremism. All this overlooks a more complicated reality: of a government’s systematic, repeated cuts to police budgets, armed forces, emergency and border agency services. It speaks of arms sales to an ISIS-backing Saudi Arabia, and of a country limiting social mobility along lines of race and religion as well as class.

Post-Empire, post-war Britain has been characterised largely by stability, a certain pragmatism – governed with a stern, but earnest, temperament. Overwrought displays of drama, extremist ideological and fantastical thinking? No, no, not here, dear, we’re British. We are proud, sensibly middle of the road, we do what’s rational, what’s fair. No wonder the Tories are fighting this election with the empty slogan ‘strong and stable’ – it resonates in the national psyche. But this is to grossly misrepresent our history, of a brutal, prolonged colonial rule, underpinned by extremist beliefs of our own superiority. And post-referendum, our glaring blind spots are coming forcefully into view.

In Britain, we use our history in order to comfort us to make us feel stronger, to remind ourselves that we were always, always deep down, good people…. Maybe we mention a little bit of slave trade, a few wars here and there, but the chapters we insist on are the sunny ones.

He contrasts this with Germany’s honest and painful reappraisal of its violent past, suggesting this honesty has played a role in rebuilding the country, now thriving, a leader within its continent. As anyone educated in the UK can tell you, the history curriculum is somewhat lacking in balance and objectivity. Rarely are British schoolchildren invited to think about why English is one of the most widely spoken languages, or why we’re the only country to have the word ‘Great’ in our official name. In eighteen years of British schooling, I learned nothing of the 300 years of British rule in India, land violently split into India and (my parents’ homeland) Pakistan, of various colonies around the world, and the pain wrought of wrenching themselves free of British rule. The appeal of Brexit lay in nostalgia for this former empire. A superiority internalised, deeply rooted, reinforced by our educational, cultural, and institutional structures. And so, 17 million voted for British exceptionalism, believing a small island of under 70 million could thrive outside the world’s largest trading bloc, because we, of course, are a great trading nation, aren’t we? What we misunderstand of ourselves stretches back to our earliest past.

I spend a good portion of my time volunteering with vulnerable, emotionally distressed adults. It has proved to be a healing act in a time I feel  the most anxious of division. Reaching out across social, economic and cultural divides – mental health issues disproportionately affect the socioeconomically disadvantaged, minorities, and other marginalised groups – is uncomfortable, and whatever your differences or similarities, sitting with another’s deepest hurts is painful. The grinding work of honest self-reflection can feel tedious and wincing. As anyone who has been in therapy, or rehabilitation, will attest, only through this can there be some healthy re-emergence. It’s also a meeting of worlds, of different trajectories. It forces you to confront your advantages, the turns your life took and didn’t, and the privilege you were afforded. It makes you think about things you are grateful for and relieved you never had to think about. Doing this in the name of human connection is restorative, for all involved. But what many who do such work would be perhaps reluctant to say, is the arising guilt, grateful distance, and relief, in this space where advantage meets disadvantage, where health meets illness, where comfort meets alienation. It’s deeply uncomfortable and deeply humbling. It requires a loss of ego, pride, and stretches your world until it takes on new and unfamiliar dimensions. And it’s in this work, I cannot help but draw parallels between the journey of a person, afflicted with depression, or addiction, or suicidal ideation, or shame, and a nation. The more we build our lives on untruths, the messier the fallout when these come up against reality.

This will be more apparent than ever in upcoming Brexit negotiations, with Brussels already being warned ‘Britain is no longer the rational, stable country that we are used to’, and is these days more prone to fantasy. We need to pay attention to our stories in order to heal (even Churchill said it – ‘the only way out is through’). Until we can do this as individuals, and facilitate it in others, we may well continue to fall short as a collective. Joan Didion said that ‘we tell ourselves stories in order to live’; just as a person comes to believe the story they’ve been told over and over about themselves, finding themselves in a kind of cognitive crisis, a nation comes to believe it’s own narrative, too. But our national story has lost resonance because it does not speak truthfully about our past or present. Coming to terms with Britain’s imperial history will be grimacing, entail a painful reconfiguration of the communal self, and it will take energy, as does any clearing of toxicity built up over time. But if we do not, much like the individual who cannot break free of false beliefs, the nation will continue to lose itself.

British-Pakistani actor and musician Riz Ahmed spoke of such issues in a recent address of Parliament, calling out the shared responsibility of actors and politicians to fairly represent society. He expressed the urgency with which our national story needs updating from the one we’ve been sold for too long: a story ‘so narrow, about who we are, and who we’ve been, and who we should be’. If we cannot reimagine the narrative, we risk rupturing our communities altogether. He notes in particular, that if young ethnic minorities are to find a healthy place in this society, they need to be seen, heard, and represented. The cost is losing them to another, more malignant narrative. Reckoning honestly with the part we’ve played in fostering the current climate makes a good starting point. The Guardian echoed these sentiments, declaring a need for the British to ‘drain our sense of nationhood – and our relationships with others – of the toxins passed down from the days of empire’.

We ignore histories – be they personal, communal, social, or political – at our own peril. Only with reflection and commitment to honesty can we move forward, and find out who we next become.