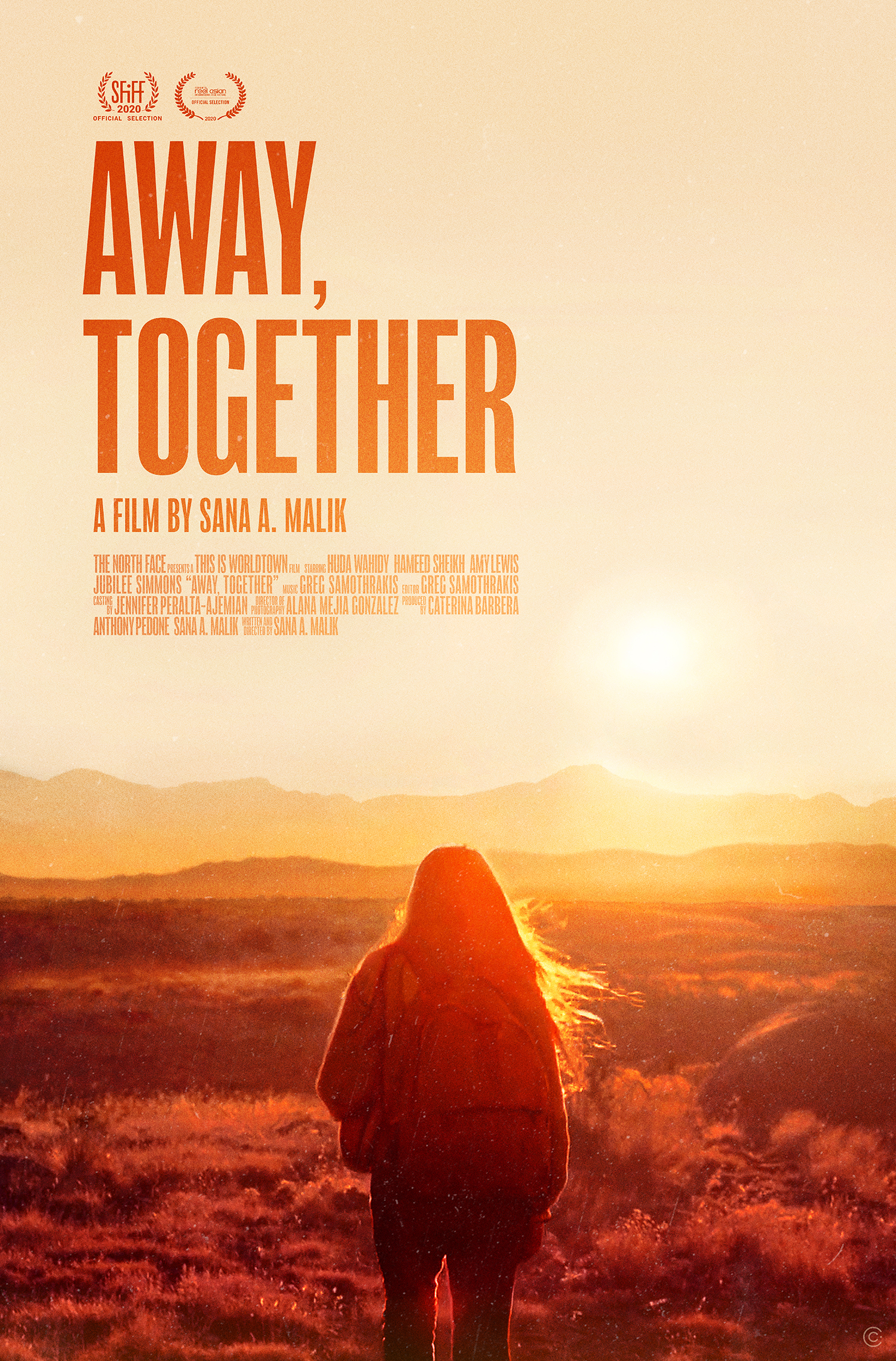 Away, Together has officially premiered in virtual realms. Written and directed by Sana A. Malik, the film follows Ayah, a 10-year-old young woman who explores the outdoors for the first time. Beautifully shot against visceral landscapes of New Mexico, Ayah is a 10-year-old refugee on her first camping trip who ends up finding connection to ancestral memory even in the most unfamiliar of places.

Away, Together screened at the Santa Fe Independent Film Festival where it won the Best New Mexico Narrative Short.

On October 22nd, writer and director Sana A. Malik will be part of a live panel and Q&A with Women Under the Influence (WUTI) and the North Face to speak about the process of making this film along with four other recipients of the Move Mountains Filmmakers Grant.

One year ago, four emerging filmmakers were selected to receive the grant after submitting their ideas for film projects that capture exploration in its most authentic sense – a unique expression of the explorer’s mindset.

At the inaugural WUTI goes IdyllWILD festival, the grantees were introduced to three highly acclaimed mentors. The mentors have guided the filmmakers through every stage of the filmmaking process over the past year – and now, with four finished films ready to unveil, we get to virtually reunite the grantees and mentors in a virtual event that you are invited to!

Hosted by Tabitha Denholm, you can RSVP for this panel via this link.

The film will continue its journey to the Toronto Reel Asian Film Festival for a Canadian premiere on November 12th.

We hope to see you as we celebrate our first scripted film production.

Watch a trailer for Away, Together here.