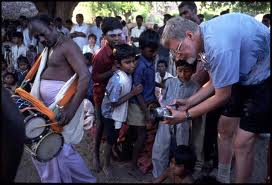 I post this article by Teju Cole on the White Saviour Industrial Complex with a heavy heart. This is because while I am broadly engaged in the field of international development that is the target of Cole’s debate, I am in full agreement with his points. It’s a debate that I try to engage in frequently through my own work and discourse, and through some means – this website. There are far too many opportunities in international development to completely remove yourself from the work and the people you are meant to be impacting. Although I hesitate to even give the Invisible Children Kony 2012 Campaign the title of an effective development project, it at once exemplifies the problem of framing in development. The Kony 2012 video provided an especially riveting forum for debate – because of it’s rapid success in tapping into people’s desire to be activists without real, formidable action. And it also depicts the agency that is at once dislocated from the Global South (the place in discussion) to the Global North – the intended target for the video.

But the paradigm here is broader, Teju Cole provides an important demystification of the White Saviour and situates it as an Industrial Complex – indicating that the entire industry is defined through this lens, recreating the victimization narrative. I see this first hand in the work that I do and the persistence of differentiating oneself from the racist paradigms of development attitudes, without doing much to question the systems that perpetuate this cycle. It’s easier when things are motivated by emotion, and so the philanthropic “saviour” mentality continues to base itself on sentimentality, as Cole argues.

I leave you to read the rest and assess just what spectrum to attune ourselves to. I am hopeful that campaigns which rise and fall as fast as our Twitter timelines – do open some kind of open and meaningful debate about the “business” of depicting those we are purportedly meant to help, and wherein lies our responsibility to question that.

“But I disagree with the approach taken by Invisible Children in particular, and by the White Savior Industrial Complex in general, because there is much more to doing good work than “making a difference.” There is the principle of first do no harm. There is the idea that those who are being helped ought to be consulted over the matters that concern them.”