By Sana A. Malik

Meet Hana Shafi, aka Frizz Kid, a 23 year old Toronto-based artist who wants to change the way “wellness” art is created and shared. As a Brown Muslim woman, she’s keen to prioritize the experience of women of colour (WOC) — something she feels is amiss in current wellness work popular on Instagram and Tumblr. Even when social media can be saturated with negative messages, Shafi feels there is a space for more positive, affirmative messages that don’t water down a complicated mental health reality for WOC, immigrant kids, survivors of sexual assault, and trans and queer folk — folks she wants to make sure are heard too.

She recently showcased her work  with survivors of sexual violence at Lost Words: A Sexual Assault Roadshow that started at Ryerson University, Toronto. In the few months she’s been sharing her illustrations, she’s seen her simple, yet deeply real messages on race, gender, sexuality, mental health and body politics go viral. We asked this fierce lady about what makes it hard for WOC to find a place for themselves in a wellness culture that can so easily miss the experiences of so many folks, and how she’s found a place in it.  See below for the interview. 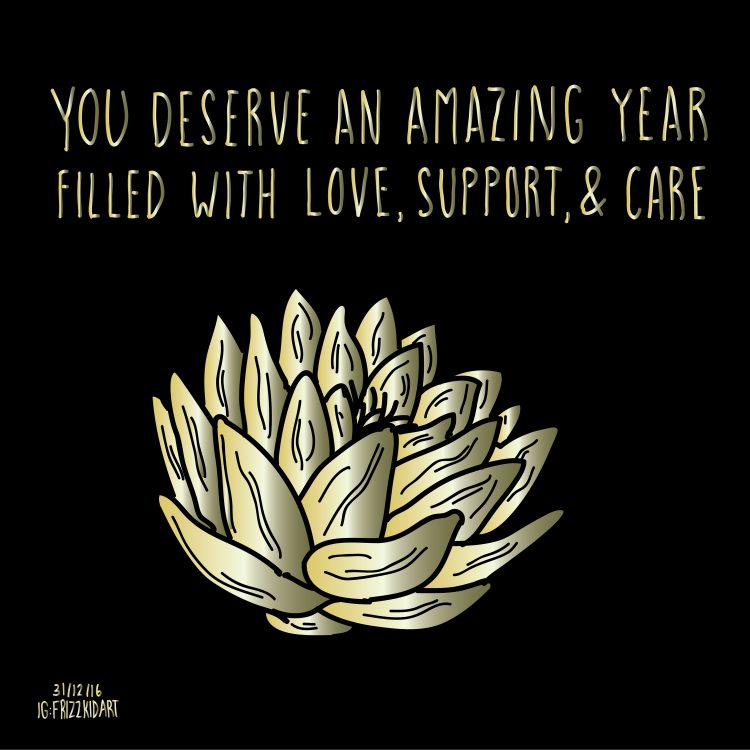 This is Worldtown (TIWT): You say you prioritize issues about race and mental health and experiences of WOC — why is it important to do that through art, and why are these the things that you want to focus on?

FrizzKid (FK): I focus on it bc it’s so much of who I am. And when I would see a lot of art on tumblr and Instagram, as a WOC I would feel alienated, especially from wellness art, from affirmations [etc.]. It was sort of like upper class White women who were funnelling this really inaccessible stuff, which was beautiful artwork, but was very hard to relate to. It’s unfortunate because WOC especially, and queer women and survivors of sexual violence and women and femme and non-binary and trans folk who have marginalized existences I think, have a lot more need for wellness spaces bc the systemic oppression that people in those spaces face causes so much anguish and mental health issues and feeling of powerlessness. So I definitely saw the need for artwork that was catering for people like myself, and others — because I come from a lot of privilege myself. So just prioritizing those people that need to hear these things the most. That being said, a lot of my artwork is pretty universal, the affirmation art work can pretty much relate to anyone who needs to hear it. But even in just the illustrations, I draw a lot of women of colour, and women of different body types, etc., and try and make it apparent that there is that representation for those who need it.

TIWT: How did you get into doing drawing and doing the affirmation series?

FK: I’m not even really sure, it came sort of naturally. The affirmation series started in March 2016, not even as a concrete series. It started when I saw a trending hashtag called #WeBelieveSurvivors, which was trending during the Ghomeshi trial, which was the hot topic at the time. I wanted to create art in support of #WeBelieveSurvivors. When I created it, it was really different from my usual style of my art — I wasn’t making bright digital things at the time. When I made it, I saw the response that I got.  I got this really sweet, compassionate — the “I feel understood” response from people. It just clued me into the power of making that kind of artwork. So I decided to try my hand at it and make a couple of others, based on things I need to hear right now — messages and reminders I needed to give to myself, and it just increasingly got a lot bigger. And it just motivated me to commit to it as a series. 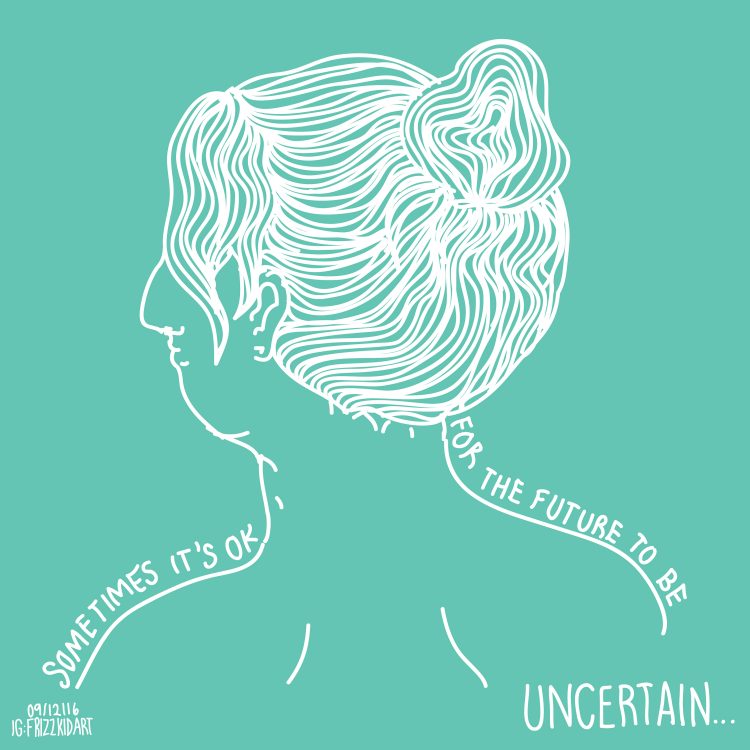 TIWT: Have you found a community like that online? Are there other artists doing similar stuff from the same point of view?

FK: There are so many, especially artists of colour and such that are creating really healing art work, all have special messages and come in different styles and what not, but it has similar themes like wellness and taking care of ourselves and expressing solidarity [etc.]. The more I got involved in that, the more I was able to access that kind of art that I felt like I had not been seeing prior. 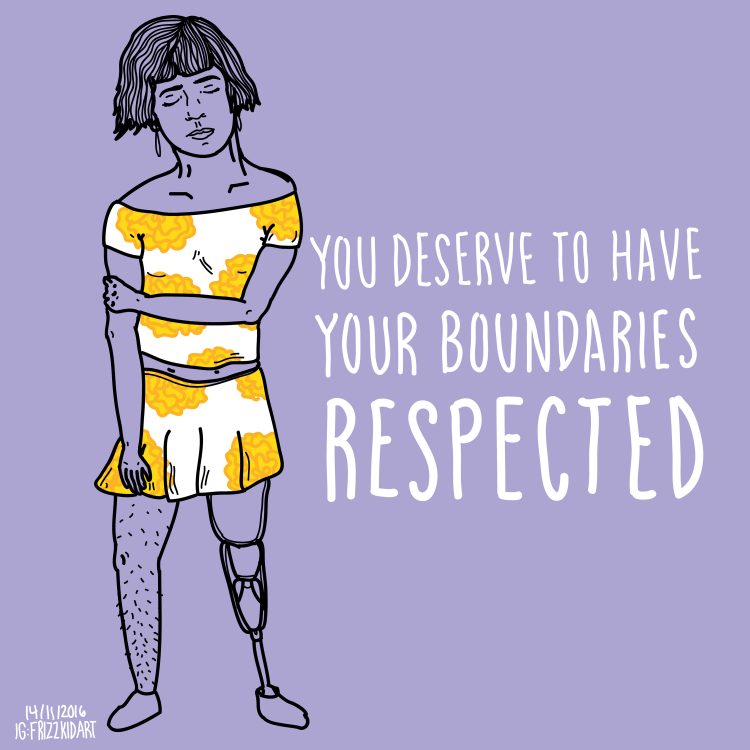 TIWT: In dealing with a lot of these topics — especially while being on social media and being inundated with a lot of negativity — how do you maintain a more positive, affirmative message.

FK: The internet is pretty saturated with some terrible things. There’s a lot of trolling, there’s a lot of hatefulness — I’ve experienced it myself. It’s a matter of survival to thrive and engage in self-love and openly talk about healing and talk about our resilience and our capacity to keep going in spite a lot of the hardships. It’s not so much” be positive  despite of all these things. It’s more I want to resist all the bullshit hate and , and what I’m doing is an act of resistance and defiance to that. And even if it’s not particularly positive, even if it’s just saying I don’t feel okay today, I feel the right to feel angry, just expressing that and giving people a platform to know that their feelings are valid and that they have the ability to heal or just feel like shit if that’s what they need to feel like right now. 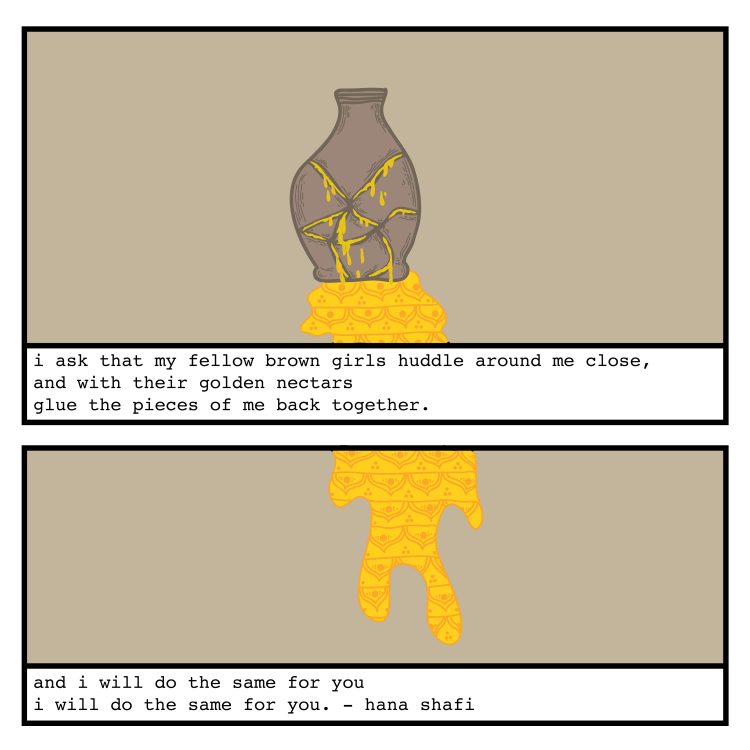 FK: Honestly, it’s just surprising that it’s gotten as big as it has. I’ve been making art for a long time and I never really expected any of it to get as popular as it has. [For example] the healing is not linear piece is the one that went viral and started a lot of this popularity. That piece is still being reblogged on Tumblr and it has something like 240 000 notes. There’s just this overwhelming amount. When that piece went viral, in a matter of days I had gained hundreds of followers on Instagram. And I was super confused, and that had never really happened before. It’s quite astounding to see the amount of people that have connected with my work, and it’s very special. It’s hard to express the gratitude that I feel towards people that they have connected so meaningfully with the work that I’ve created. 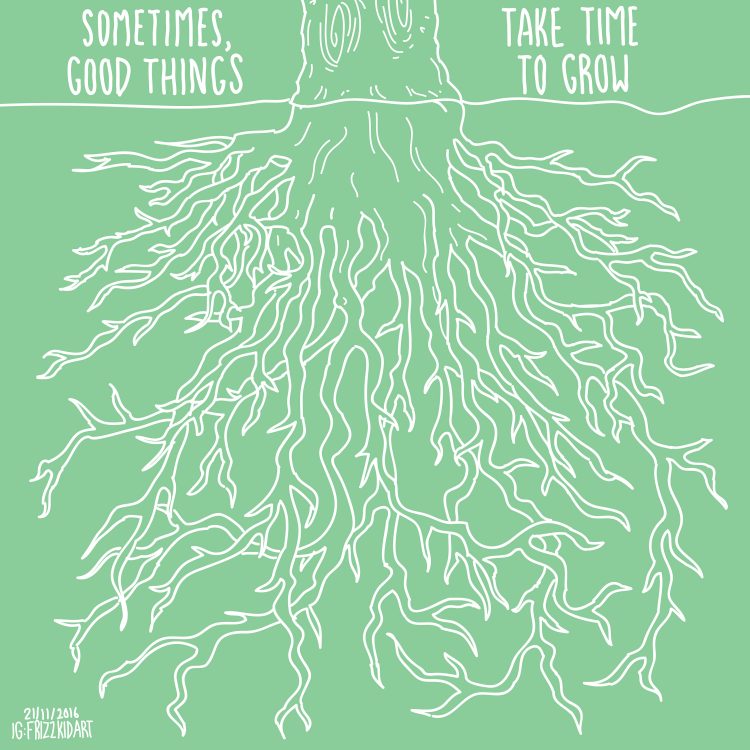 TIWT: Can you speak more about the Lost Words Project?

FK: The concept of the lost words project was [to create] three different posters. One was lost words to the person who sexually assaulted you. Lost words to your peers, professors and bystanders, and lost words to yourself. Each of them had blank space in the middle for people to fill out. We did workshops where survivors filled out those posters, we handed them out in classrooms, in policy meetings etc. to get as many people as possible to fill them out. In the actual exhibit inside the pop up art gallery, sexual assault the road show, it was on the Ryerson University campus for social justice week. I had filled one wall with all of my affirmation artwork, and then did two walls with these lost words posters, and pinned posters where people could full them out, and people filled those out during the duration that the exhibit was up, I would like to continue to do the lost words project.

TIWT:  I’d love to hear more about that feeling of being alienated from a lot of the wellness work. Can you give some examples of why it doesn’t speak to the experience of WOC.

FK: If you browse through a lot of the wellness blogs on Tumblr and Instagram, you see a lot of do yoga every morning or have a quinoa salad, or kale smoothie, or travel to enlighten yourself or rid yourself of your inner demons. That’s not accessible. Not everyone has the time or physical capability to do yoga in the morning. Also it’s kinda awkward that the women who are telling us to do yoga every morning are white women, when yoga is not their practice anyways. Eating healthy is not going to cure you of your mental illness. It’s great to eat healthy, it helps, but it’s not always easy and it’s expensive. I can’t just travel when I feel depressed. I’m not lucky and I can’t backpack across Europe to make myself feel better. Sometimes I have to do my soul searching unemployed and depressed. That’s my reality. That’s the reality of most people really. A small group of people who can go on a nature retreat. That’s a really small number of people. Especially when you’re a WOC and a child of immigrants and you’re living in the west, there’s certain challenges that you come with. Certain restrictions that you have. Some of these things are just not accessible to you. You have a lot of burden and responsibility. I would see these things and just become so frustrated with just how frivolous they were. Which is all lovely and nice and I would love to do those things, but I can’t. And if I can’t do those things when I’m a relatively privileged person in a lot of ways, then it’s really excluding a lot of people. 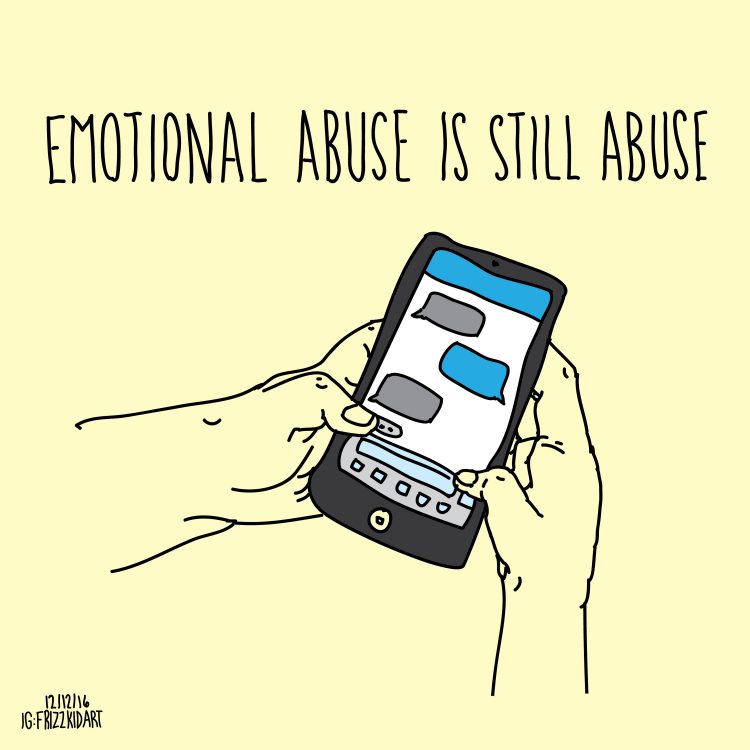 TIWT: Who are your inspirations. What inspires you?

FK: I think I’m most inspired by the people I surround myself with, Very lucky to be surrounded by accomplished women of colour. Queer folk. Friends of mine who live with mental illness who are survivors and who challenge me to keep going. I’m inspired by those I surround myself with. I hope inspire them too. I hope I give them as much inspiration as they give me. And I’m inspired by a lot of the artists I see online. They’re really fucking spectacular artists on Instagram.

So many phenomenal people, it’s hard to encapsulate them all. I’m constantly blown away by the talent of people.