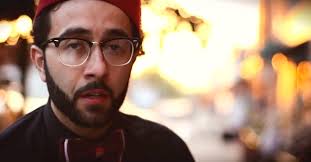 Cross-posted from the Nomadic Wax blog.

I’m always conflicted when it comes to so-called “conscious rap”. Labels serve a purpose, yet at the same time they are confining and often times misleading. Immortal Technique is a “conscious rapper”, yet one can find countless homophobic and misogynistic lines throughout his albums. Cam’ron is a “gangsta/crack rapper”, and yet his classic tracks “D.R.U.G.S.” and “Sports, Drugs, & Entertainment” both astute commentaries that even Nancy Reagan could have championed in her “Just Say No” crusade. Another problem I have with the “conscious” label is that it immediately strips the music of its aesthetics and style. It removes the craft and art from the music. All too frequently, we as the listener tend to conflate “good message” with “good music”. If I want conscious, well-reported journalism, I can simply listen to Amy Goodman and her brilliant show “Democracy Now”. Truth is we live in a star-struck, People-magazine-obsessed society where we all too frequently look to our Tiger Woods’, Angelina Jolie’s, and Kanye West’s for our answers to society’s problems. In particular, I find hip hop to be held to an extremely high standard. Nobody ever labels folk or country or rock as “conscious” or “gangsta”. Johnny Cash has numerous classics that could easily fit under the “gangsta” label, and quite frankly, I don’t think we should be looking to Uncle Murda for “conscious rap”. If that is not the reality he lives in, then we can’t expect that of him. And it doesn’t mean we should feel guilty about enjoying the stylistics of his music. “Bullet! Bullet!” is my joint, yet I can still can discern from the fact that I have no valid reason to ever put an actual bullet in someone. On the contrary, if you rhyme about noble issues like decreasing one’s carbon footprint and rescuing kittens, yet your wordplay is soft and your metaphors are predictable, then I really don’t want to hear it. I can respect the message, yet not enjoy the craft.

Fortunately for us all, there exist emcees such as Narcy, an Iraqi emcee raised in Canada, who effortlessly weave aesthetics and message together. It is music whose both form and content leave one feeling enlightened. Let’s start with the title, The Narcicyst. Personally, I dig it. I loved it even before I began listening to the first track. From what I’d heard of said emcee, I had a hunch he really wasn’t going to turn out to be all that big of a narcissist at all. Regardless, it left me intrigued. From the eery, ominous strings of the opening track “Good Morning”, Narcy sets the tone of the album, letting us know he has something of relevance to say and isn’t delivering us a sugar-coated sound or message. This minute long preface transitions smoothly, both stylistically and thematically, into Narcy’s voice on “Vietnam”, a track where he skillfully draws analogies between that war and so many other imperialist atrocities, rhyming phrases of the like, “They say Lebanon’s Vietnam, Iraq’s Vietnam, Palestine’s Vietnam, they wanna see us gone, so far from home, I can feel the bombs…” The track closes with a great quote from an unknown (well, at least unknown to me) source speaking upon the nature of war. She quotes Mark Twain who said, “History may not repeat itself, but it does rhyme.” A slick and fitting metaphor, particularly because Narcy proves throughout the album that he has a gift for rhyming clever metaphors himself.

Perhaps the track that most embodies Narcy as an emcee, messenger, and thoughtful human is “Iraqi Prime Time News”, a joint where he unleashes a powerful message regarding the way media all too frequently chooses to portray Arab culture as villainous to further a self serving agenda. One listen to this insightful track and it is no surprise to discover that Narcy wrote a masters thesis (brilliantly sampling Public Enemy by titling it, “Fear Of An Arab Planet”) dissecting the Arab-American experience in Hip Hop. Yet again, it’s not strictly what he’s saying, but how he says it, skillfully creating pleasing polyrhythms with his deft lyricism and cadences. “Truth’s loose in newspapers, the new savior to boost ratings, and use hate as a tool to crusade us, ain’t nuttin’ new playas!” Truth be told, that line looks dry as I type it on the screen. That is one of the powers of the spoken word. A gifted artist such as Narcy truly breathes life and meaning into the words, amplifying their power and scope.

As one might expect from such a deliberate artist in which each track, interlude, sample, and lyric seems painstakingly intentional as though it is but one piece in the larger picture, Narcy revisits the title of his album, cueing the listener in to his meaning behind it, on the track “The Narcicyst”. Cleverly sampling the Slick Rick classic “Lodi Dodi” in which MC Ricky D explores the concept of vanity, inquiring, “Mirror mirror on the wall, Who is the top choice of them all, there was a rumble tumble, five minutes it lasted, the mirror said, ‘You are you conceited bastard!’”, Narcy creatively uses his artistry to make the music’s sonic production match the song’s subject matter. Narcy then proceeds to give his own take on narcissism and how he embraces and molds it to his own personal needs. Much the same way youth inspired by Hip Hop have taken their humble surroundings, recontextualized them, and spit them back out for their own purposes (and frequently for the auditory pleasure of the rest of us), Narcy has flipped the word, explaining how he employs it as way of making fun of the current state of Hip Hop while cherishing the confidence with which he approaches his craft and mission of providing quality music that both pleases and inspires). It’s a beautiful take on the word. If one is ever to truly be of any good to society as a whole, that individual must first learn to love oneself.

The album concludes with a bonus track, fittingly called “GOOD NIGHT!”, filled with assonance-laden battle rhymes (”I used to spit you never heard of me verses, so ill tracks cut behind surgery curtains”), punch-lines (”ever heard of an Arab kid this arrogant?….I stay fresh to death like miscarriages”), and metaphors (”my breath control like Baby’s son…Lil Weezy”) galore. Narcy again does a skilled job of setting the tone through his deliberate order of tracks (the point is further emphasized by the fact “GOOD NIGHT!” checks in a full twenty-seconds after the album’s actual outro, informing the listener that what you are about to hear is a break from the previous 18 tracks), leaving us with the reminder that despite the fact he just dropped a cohesive album full of insight and inspiration, he’s not above tearing up the microphone simply for the pure joy of fiercely stringing syllables together in mind-boggling fashion.