Warning: Parameter 2 to wp_hide_post_Public::query_posts_join() expected to be a reference, value given in /home/customer/www/thisisworldtown.com/public_html/wp-includes/class-wp-hook.php on line 307
 The story behind Kalimat Magazine - this is worldtown 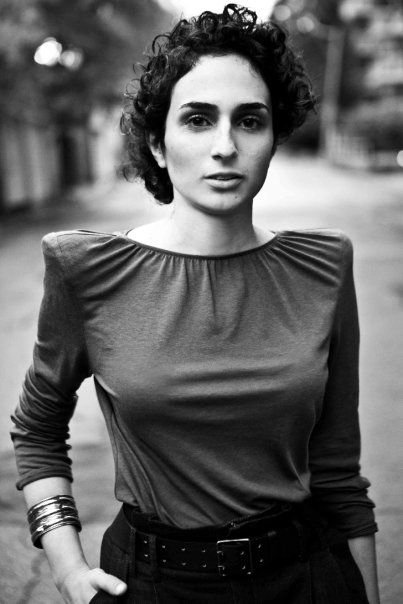 We recently caught up with our friends at Kalimat Magazine while they were in London for a whirlwind tour of the city’s Arab arts and culture scene (right before the timely, city-wide, month longShubbak Festival of contemporary Arab culture). Danah Abdulla, a This is Worldtown contributor, and editor of Kalimat was kind enough to feed into our curiosity around the sleek new publication – set to become a tastemaker and voice for contemporary Arab arts, culture and issues from a uniquely Arab perspective. We expect big things from this mag, which has just launched its second issue that you can download from their website. Keep a lookout for an upcoming print issue and visit their online shop selling quirky, everyday products imprinted with their beautifully designed logo.

This is Worldtown (TIWT): Can you talk about how Kalimat Magazine came up?

Danah Abdulla (DA): Kalimat started out of frustration after spending some time in the Arab world. I found it difficult explaining to people my profession and my interests. It was specifically at An-Najah University in Nablus when I had the opportunity to experience various departments/faculties that I found most frustrating. The students had all the tools but they lacked an outlet and the language, and the faculty wasn’t helping either. English is universally accessible and yet they (the people) were relying on foreigners-who often do not share their interests-to speak on their behalf. Why? They had no power to tell their story to others “outside” because either they could not express themselves in English or they felt far removed from that world. Further to this, magazines that discussed Arab issues were either a) too academic b) catered to the Gulf region c) catered to the elite d) focused on Middle-East and not Arab and e) ignored politics altogether for fear of being merely political.

I thought I could create a tool by Arabs for the rest of the world that can serve as the outlet for social, cultural and political expression, without censorship and limitations of topics, and at the same time, to help those who want to improve their English language skills thorough editing (whether in the region or the Diaspora). Kalimat was born not only as a tool to help change the negative image Arabs have in the West, but also to to show the changes journalists and designers can make and how important they are to the Arab world. It is also a tool to help change the perception people have of media and design professions and realise that these fields can help change communities.

TIWT: For our non-Arab audience, can you describe the name (Kalimat) and why you chose it to represent the magazine?

DA: Kalimat literally means “words”. The name came up when I was sitting with friends at a café in Amman called “Rakwet Arab” and the song “Kalimat” by Majda El Roumi (a famous Arab singer) came on and I thought to myself (and out loud for that matter), ‘This is the name of the publication!’ Majda’s song is based on a Nizar Qabbani poem (Nizar is a famous Arab poet).

TIWT: Why is it important for Kalimat Magazine to be by Arabs for Arabs?

DA: Kalimat is by Arabs for everyone, not just for Arabs in the region and the Diaspora. The importance that the producers of the content be Arab is to filter out any cultural biases with unadulterated stories from people living in the Arab world and its Diaspora that are part of the culture. Although there are many who feel they have a connection and an understanding of the region and its people, they are not necessarily members of the culture or its Diaspora. Although we are not the éminence grise on who is Arab – an Arab is whoever identifies as such. There is a certain weight of responsibility and consequence in doing so that reflects in the work.

TIWT: What’s the response been so far to the concept?

DA: So far, the response has been great and very positive – we’re being told that we are a publication that got it right. People are excited about the concept and what is next, they know it’s not just a quarterly magazine but much more, and it is, so we’re being watched closely.

TIWT: There seems to be so much entrepreneurialism – in new and innovative ways – in Middle Eastern urban centres. How do you see that potential really taking off and making a mark in Arts and Culture across cultures?

DA: There is a lot of entrepreneurialism in the region, notably in Palestine. People are creating spaces where others can get together and share and work on their ideas, it’s creating more outlets for artists and cultural producers to practice their art and instigating interest in an audience. The more it’s available, the more people will start noticing. Already the Arab Spring has sparked even more interest in the region and more and more big cosmopolitan centres across the world are hosting Arab festivals. But this entrepreneurialism is making a mark internationally in other fields like urban planning, architecture and technology, which are a huge part of Kalimat as well.

TIWT: Who are some of your favourite Arab artists/role models?

DA: I wouldn’t relate it back to an Arab artist or a specific person but my biggest influence is the cultural legacy of Andalusia and the way it is remembered by Arabs today.

TIWT: Any up and coming (Middle Eastern) thing/place/artist on the pulse we should know about?

DA: Too much going on all the time all over! In terms of cities that you wouldn’t really think of, Amman, Ramallah…there’s a lot of activity going on over there, of course Beirut, Cairo and Alexandria, lots of underground scenes as well. Artists, I really love the Shankaboot project which puts together these awesome webisodes that deal with various important issues. I like the political illustrations of Nidal El-Khairy (he’s also a really nice and fun guy), the great nostalgia and simplicity of Rana Salam’s stuff, the illustrations of Sandra Ghosn and the music of El Iqaa (trust me, it’s phenomenal stuff).

DA: Our immediate goal is printing but our long term goal is establishing design and media training centres (in the Arab region and its colleges and universities) that offer workshops and courses (and eventually degrees) in design and media – how to take these fields and benefit the community.