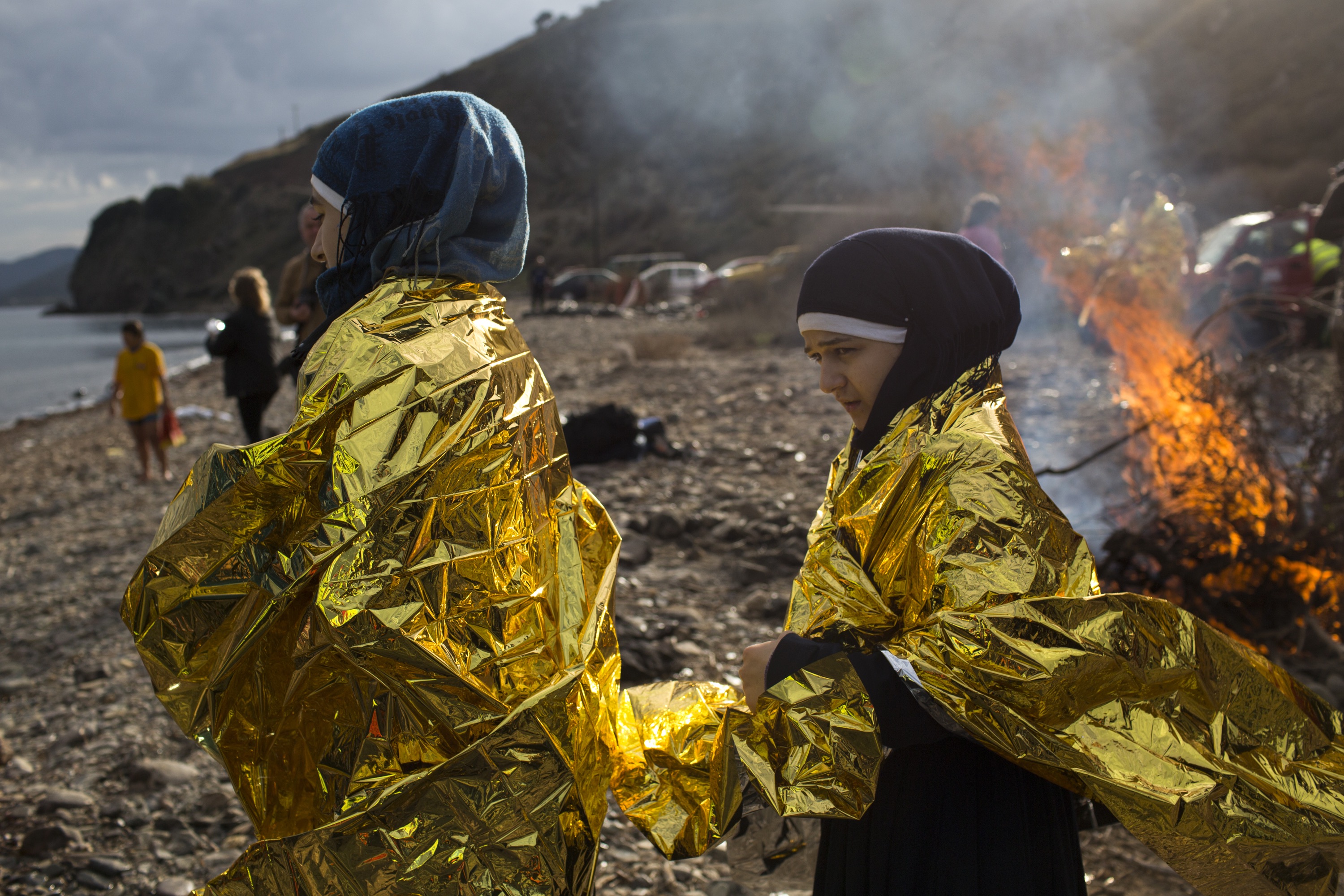 This is Worldtown’s new series Through Her Eyes will be featuring female photojournalists and visual storytellers who are covering issues of global relevance, whether in their home community or in a place under fire.

Our first contributor is Tanya Kaur Bindra, a Swiss-Canadian documentary photographer and filmmaker. She has spent the past five years reporting on conflict, postcolonial politics, and migration in over 20 countries across West Africa, South Asia, and Europe. She was the first recipient of the inaugral Ali Mustafa Memorial Award in 2017. Bindra spent many months covering the refugee journey in Europe, as people arrived from countries like Syria, Iraq and Afghanistan, as well as Eritrea, South Sudan and Somalia. In the context of rising right-wing populism in Europe, and myopic framing of a “refugee crisis,” Bindra feels her work is more pertinent now than ever before. She states, “my hope is that by documenting and contextualizing the struggles and resistances of asylum seekers and migrants, the time period known as a “refugee” or “migration crisis” can be reframed for what it actually is, a crisis of solidarity.” 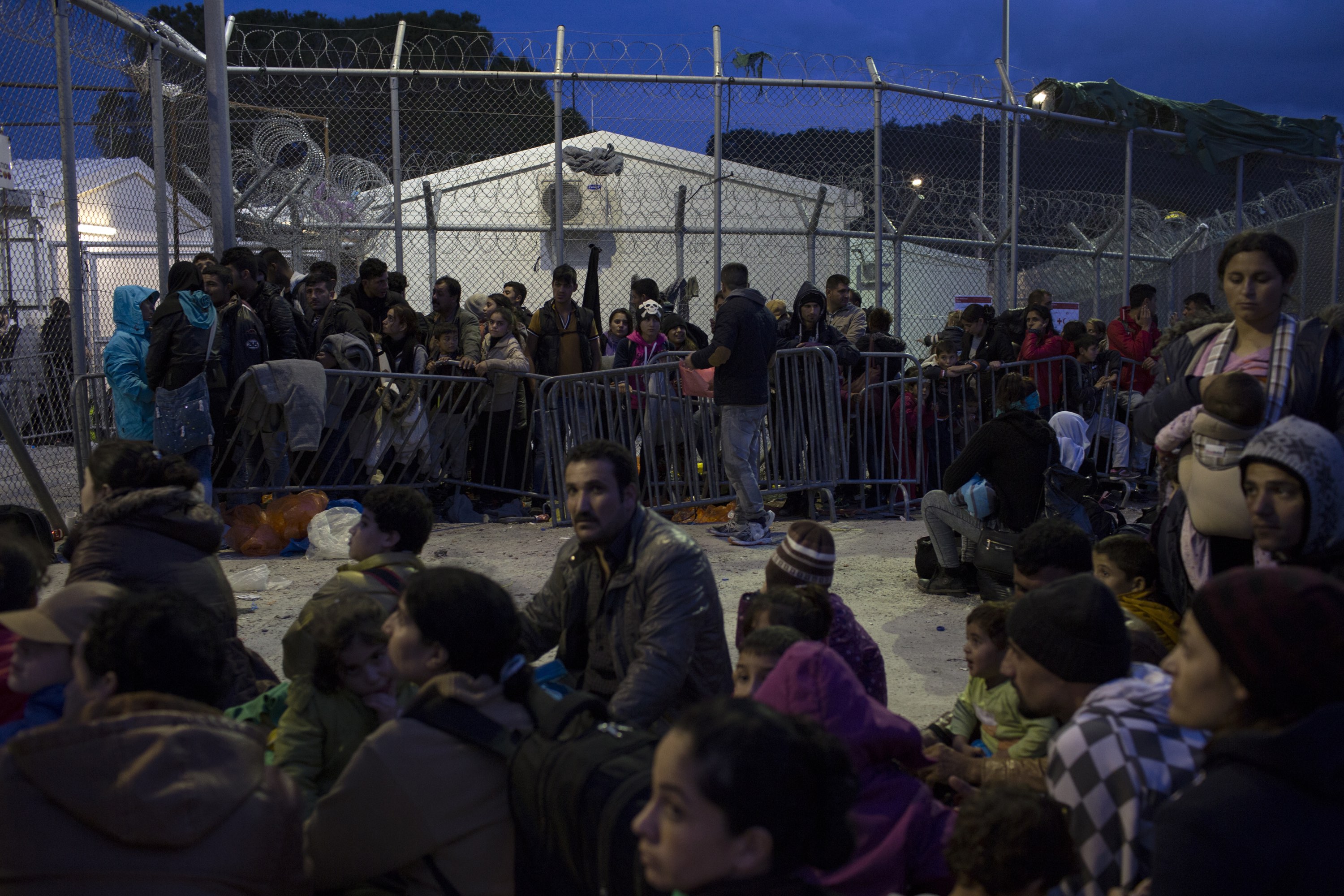 What pushed you to do this story?

As a photographer, I am increasingly becoming interested in documenting communities with histories marked by dislocation and migration, as my own family’s history has been, and understanding the act of migrating in a period of time where more people are migrating than ever before. It allows me to examine migration as a contemporary issue at the heart of current political debates in Europe and North America and through photography, we can get some understanding of who migrants are, why they left their home countries, what their current lives look like, how they have integrated into German society, the relationship they have with their new “home”, and how their identities been shaped by their environment and the experiences of European bureaucratic immigration systems.

I suppose what interests me the most though is the subjective experience of coming to a new land: how individuals struggle, survive and thrive, how they form communities and what memories constitute those communities’ collective histories. I want to know how the processes of identity formation and negotiation are shaped by migration, and how people come to think about concepts of home and of belonging. 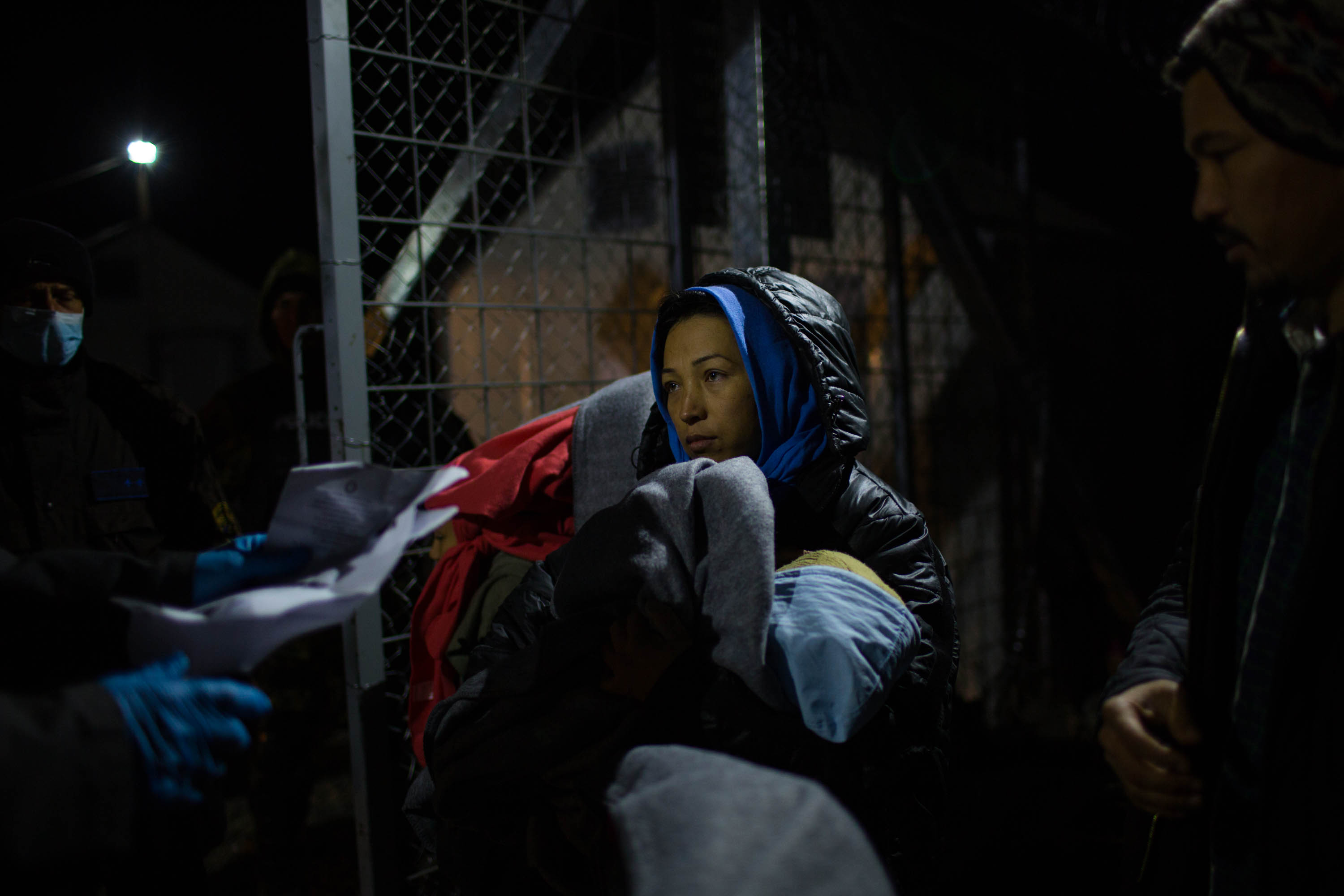 Through this documentation, what was the most surprising thing you encountered?

It might not be surprising because it happens all over the world time and time and time again, yet people’s willingness to open their homes and their hearts (and also their kitchens!) to me as a total stranger still touches me in unexpected ways.

Women and mothers feature heavily in these photos — what was it that drew you to taking their pictures? telling their stories?

Women and children face particular dangers when they flee their homes. Whether they are with families or alone, women are often at risk of sexual assault en route, in camps or shelters. Domestic violence increases with displacement and as many women do not have an independent source of income, some may engage in higher-risk activities such as sex work to travel or survive.

But the women I met are also flourishing in their new environments and making life changes that they don’t think they would have been able to do in their home countries.  One mother I met has started writing a novel despite leaving school at 15 to get married, other women have left unfulfilling and abusive relationships, some are learning how to read and write for the first time. The challenge of migrating and integrating into a new society has pushed them into areas of personal growth that I’m not sure they foresaw. 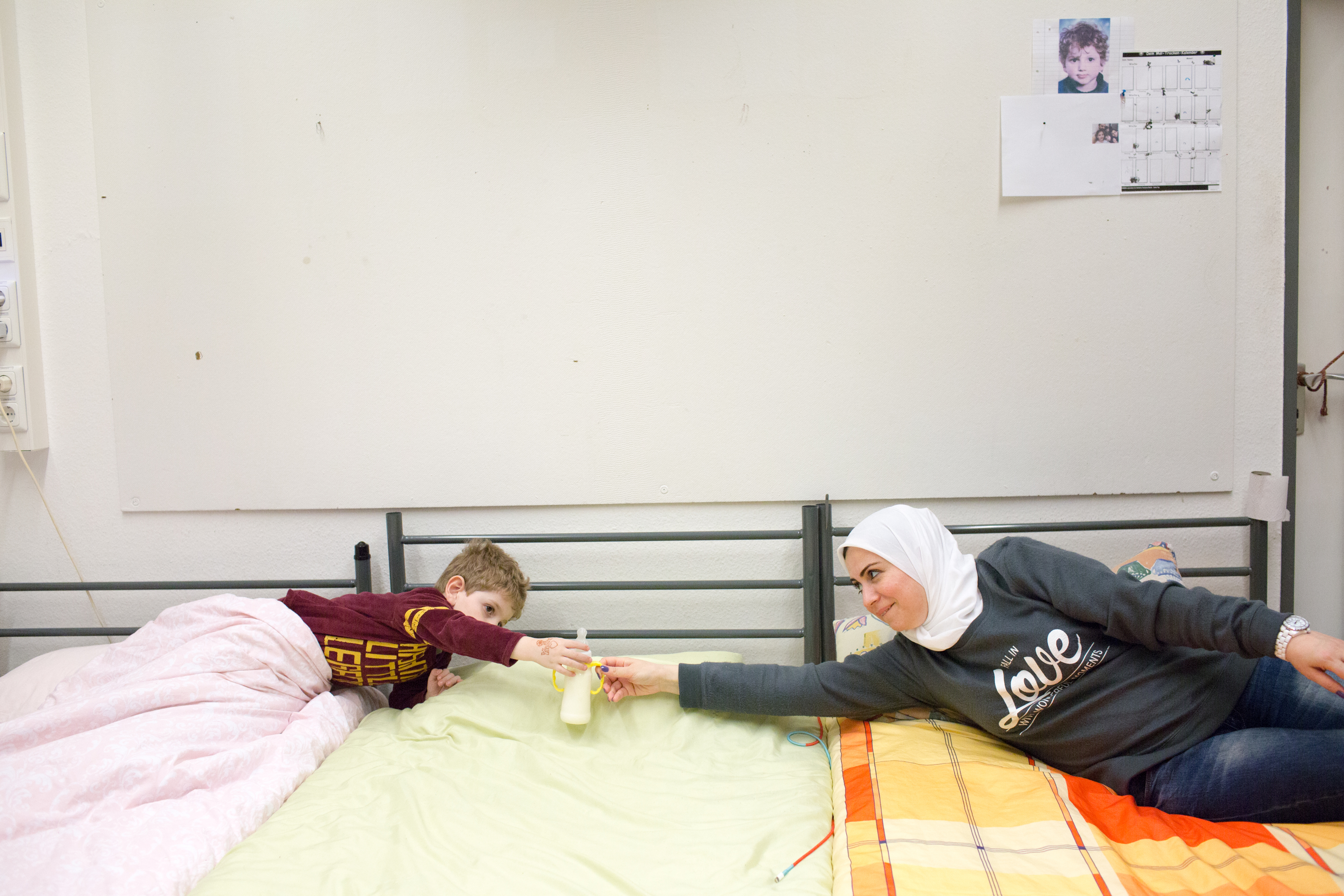 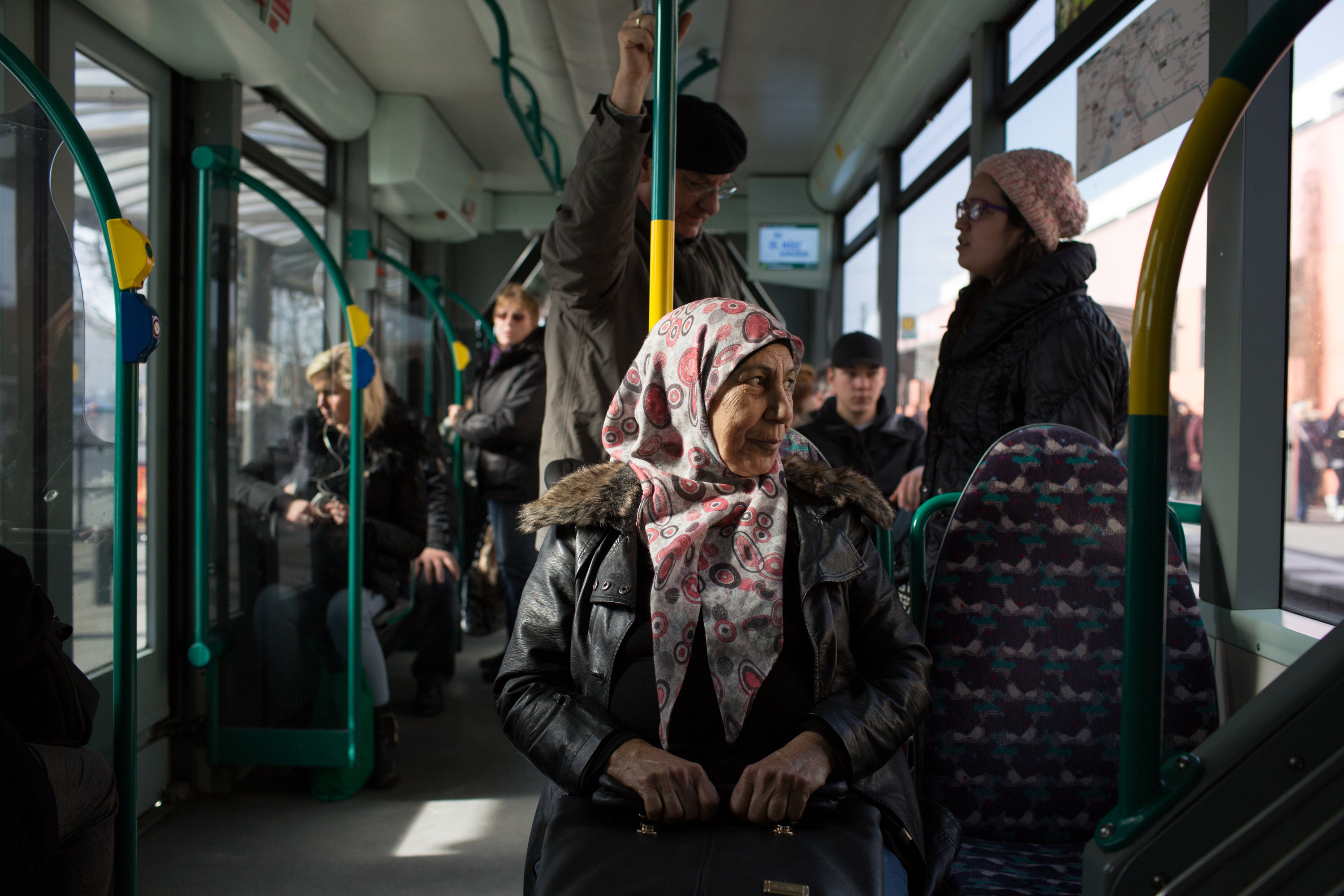 Can you describe some of the emotions you had doing this work? in thinking about the larger refugee crisis, and your role in telling these stories?

Given that anti-immigrant sentiments and xenophobic attacks are on the rise in Europe and North America and that what is at stake is the formulation of comprehensive and humane policies on integration, asylum, and migration, the need to understand why people risk everything to leave their home country is stronger than ever. My hope is that by documenting and contextualizing the struggles and resistances of asylum seekers and migrants, the time period known as a “refugee” or “migration crisis” can be reframed for what it actually is, a crisis of solidarity.

These are issues I have engaged with my whole life as a result of my own family history, my past organizing work, and through the work I do now as a filmmaker and photographer. I think my role as a storyteller is to focus on the individual experience and to create work that seeks to complicate dominant narratives. Ultimately, I can only hope that photographs work towards a tolerance of contradiction and ambiguity to reflect the varied and diverse experiences of refugees and migrants. 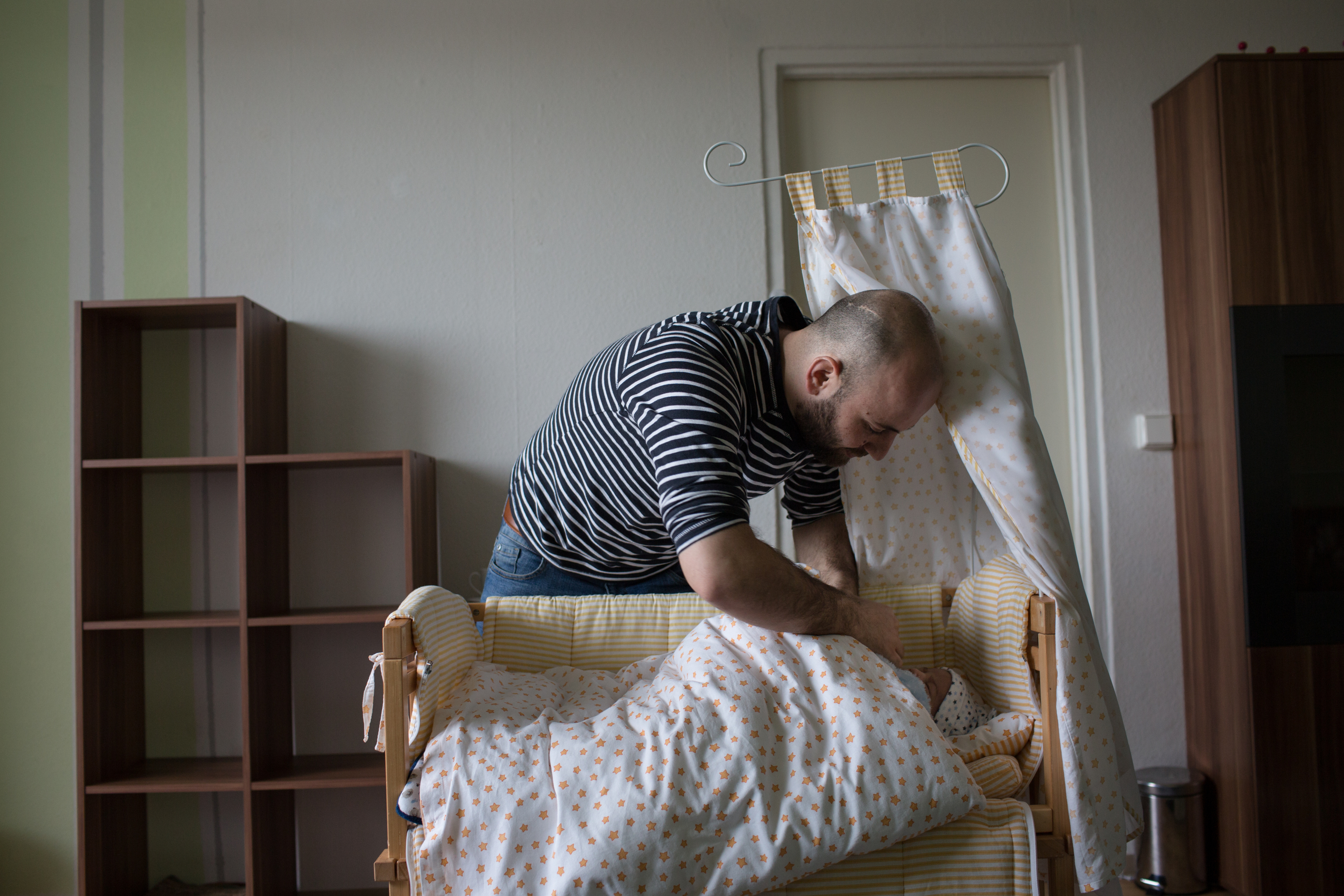 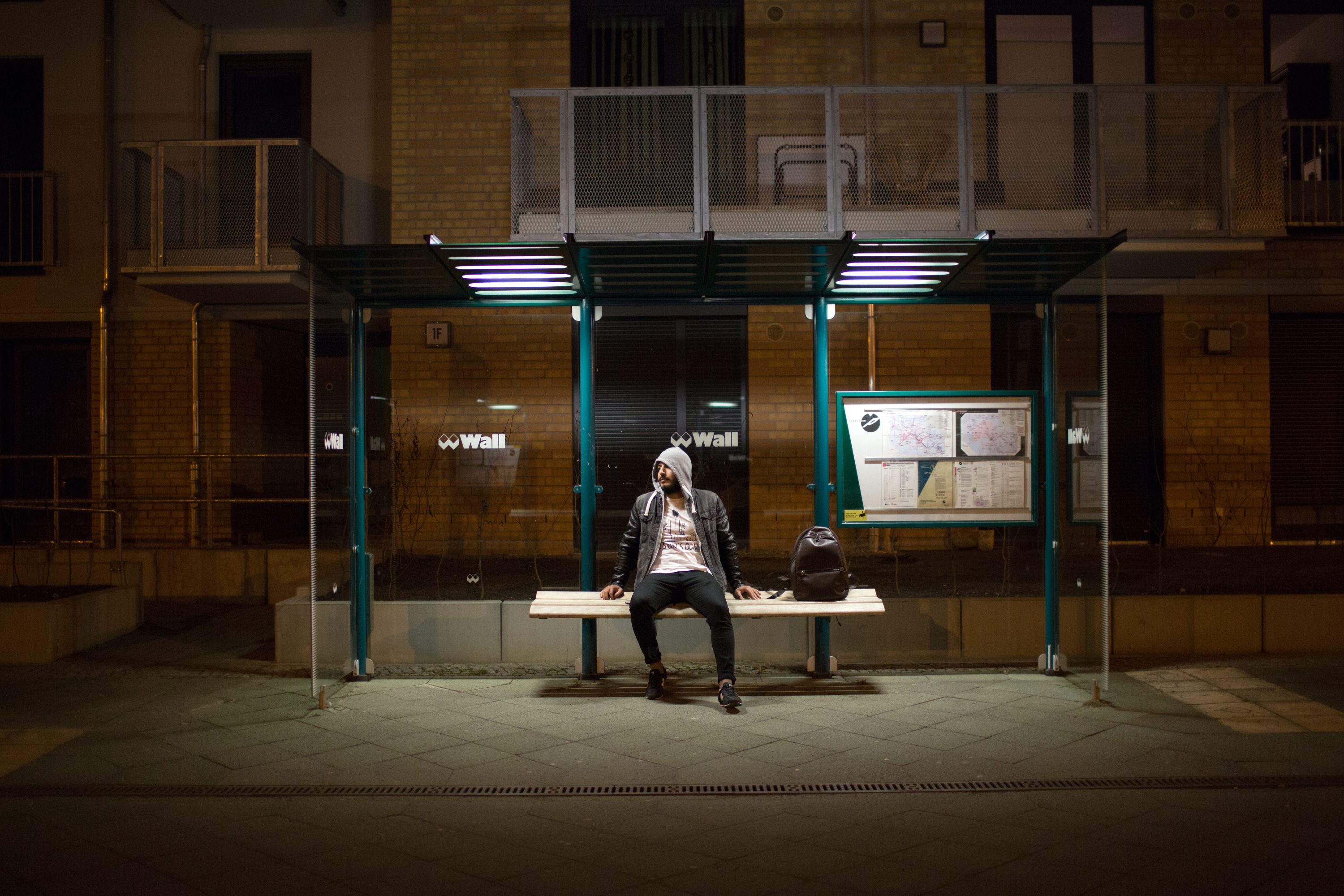 What’s the core message that you wanted to convey to your audience through these photos?

It is important to me that the work is reflective of the very real lived reality of struggle and hardship that many face when coming to a new country but that is also celebratory of the resilience and resistance of migrant communities. There is so much beauty in diasporic and migrant cultures, and in some ways, I see this as being a constructive way to respond to sometimes devastating realities.